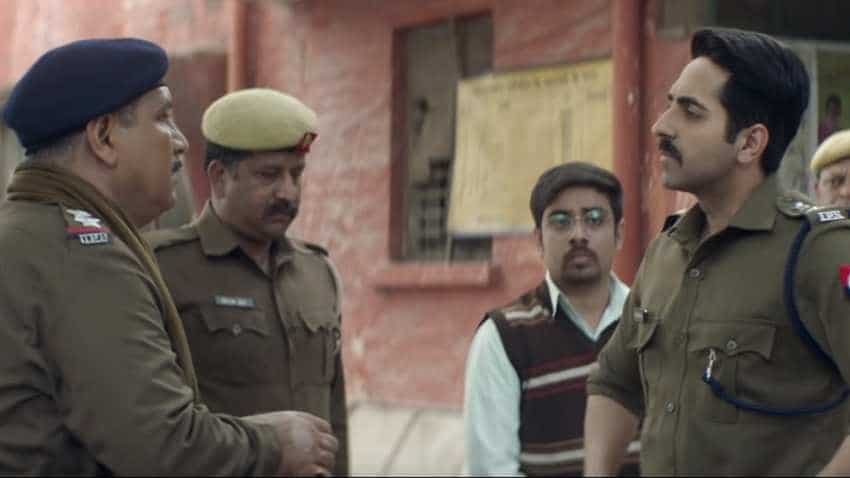 Article 15 has been produced by Benaras Media Works. It released on June 28. Image: Youtube
Written By: ZeeBiz WebTeam
RELATED NEWS

Article 15 Box Office Collection: Ayushman Khurrana starrer 'Article 15' has continued to maintain a steady run at the box office. The film has so far minted Rs 40.86 crore in the second week of its release. Article 15 had an opening day collection of Rs. 5.02 crore but it went on to earn over Rs. 20 crore in the opening weekend. Film critic and trade analyst Taran Adarsh today said Article 15 collected Rs. 2.65 crore on Friday and Rs. 4 crore on Saturday in the second weekend. Adarsh also said that film is eyeing Rs. 50 crore and will cross the mark in some coming days.

Directed by Anubhav Sinha, Article 15 is loosely inspired by the heinous Badaun rape incident where two teenage girls were gang-raped and gruesomely murdered by hanging them while they were still alive.

The movie tries to highlight the caste discrimination through a mix of various incidents.

Article 15 has been produced by Benaras Media Works. It released on June 28.