Arnab Goswami is currently kept at a local school which has been designated as a COVID-19 centre for the Alibaug prison. 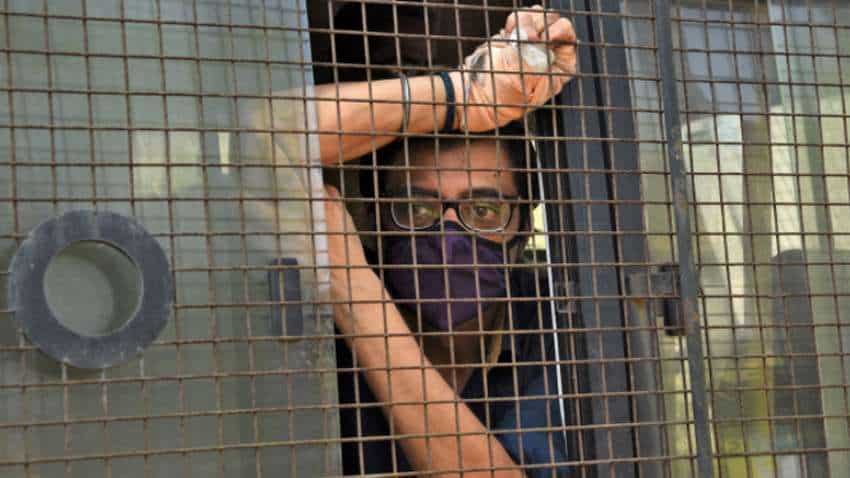 Arnab Goswami and the two others were arrested by Alibaug police in Maharashtra's Raigad district on November 4. Reuters pic.
Written By: Prashant Singh
RELATED NEWS

The Bombay High Court will on Monday pronounce its order on the interim bail application filed by Republic TV Editor-in-Chief Arnab Goswami and two others in connection with the 2018 abetment of suicide case of an interior designer, as per a report in news agency PTI. On Saturday, a division bench of Justices S S Shinde and M S Karnik after a day-long hearing in the pleas reserved its order without granting any immediate relief.

Goswami and the other accused - Feroze Shaikh and Nitish Sarda - had challenged their "illegal arrest" and sought to be released on interim bail.

A notice issued late Saturday night on the high court's website said the bench would assemble at 3 pm on November 9 for pronouncement of the order.

The bench on Saturday said pendency of the matter before it does not preclude the petitioners from seeking regular bail from the sessions court concerned.

The court said if such bail pleas are filed, then the sessions court shall hear and decide the same in four days from filing of the plea.

Goswami and the two others were arrested by Alibaug police in Maharashtra's Raigad district on November 4 in connection with the suicide of architect-interior designer Anvay Naik and his mother in 2018 over alleged non-payment of dues by companies of the accused.

After his arrest from his Lower Parel residence in Mumbai, Goswami was taken to Alibaug, where the Chief Judicial Magistrate remanded him and the two others in judicial custody till November 18.

Goswami is currently kept at a local school which has been designated as a COVID-19 centre for the Alibaug prison.