Kournalist Arnab Goswami's has written to the Supreme Court Secretary General against SCBA president Dushyant Dave alleging "malicious attempt" by him to cause prejudice to the hearing on the bail plea of her husband in an abetment to suicide case against him. 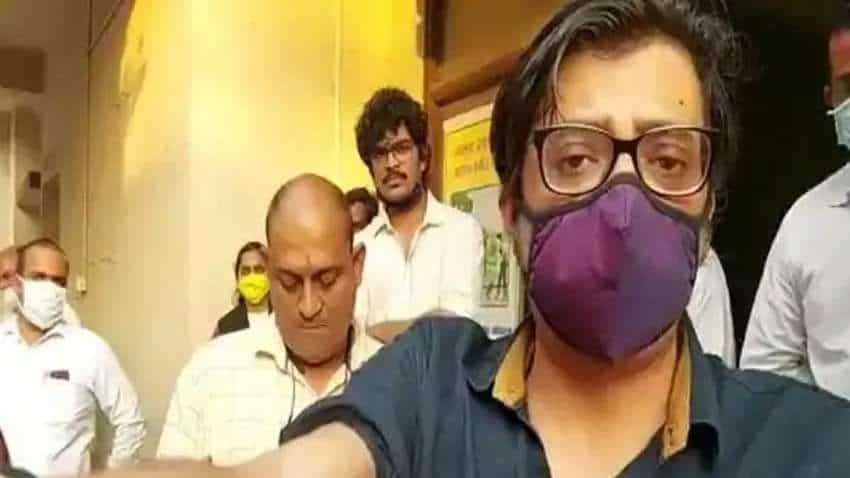 Out of jail! Arnab Goswami gets bail from Supreme Court - Here is what apex court said about Maharashtra govt

Wife of journalist Arnab Goswami has written to the Supreme Court Secretary General against SCBA president Dushyant Dave alleging "malicious attempt" by him to cause prejudice to the hearing on the bail plea of her husband in an abetment to suicide case against him.

Supreme Court Bar Association (SCBA) president Dushyant Dave on Tuesday wrote a letter to secretary general of the top court lodging ?strong protest? on ?selective listing? of Goswami's interim bail plea in the 2018 case of alleged abetment to suicide of an interior designer, before a vacation bench on Wednesday.

Samyabrata Ray Goswami said that she was shocked at the "publicly circulated abhorrent" letter by senior advocate to the Secretary General of the Supreme Court of India, implying that due process was not followed in the listing of the Special Leave Petition filed on behalf of Goswami.

"Today, when I read Shri Dave's letter, I am shocked and horrified at the extent to which certain vested interests are at work. Neither do I know Shri Dave, nor have I ever met him. However, the selective targeting of my husband's petition by Shri Dave shall have to be opposed by me, given his silence on other matters which were taken up by this Supreme Court in its wisdom with urgency in the past," Samyabrata said.

Dave's silence in some matters and his "selective outrage" in the present case is not only prejudicial to the cause of justice for her husband but is contemptuous as it tends to interfere with the administration of justice, she said.

Dave, in his letter, had mentioned that he had nothing personal against Goswami and he was not writing in any way to interfere with his rights to move the Supreme Court like all citizens.

The serious issue here is selective listing of matters that the registry under your leadership is indulging in for last eight months during COVID pandemic.

"While thousands of citizens remain in jails, languishing for long periods while their matters filed before the Supreme Court are not getting listed for weeks and months, it is, to say the least, deeply disturbing as to how and why every time Goswami approaches the Supreme Court, his matter gets listed instantly," Dave said.

The SCBA chief had further questioned, "Is there any special order or direction from the Chief Justice of India and the Master of the Roaster in this regard and added that it is quite well known that such extraordinarily urgent listings of matters cannot and does not take place without specific orders from the Chief Justice."

Out of jail! Arnab Goswami gets bail from Supreme Court - Here is what apex court said about Maharashtra govt