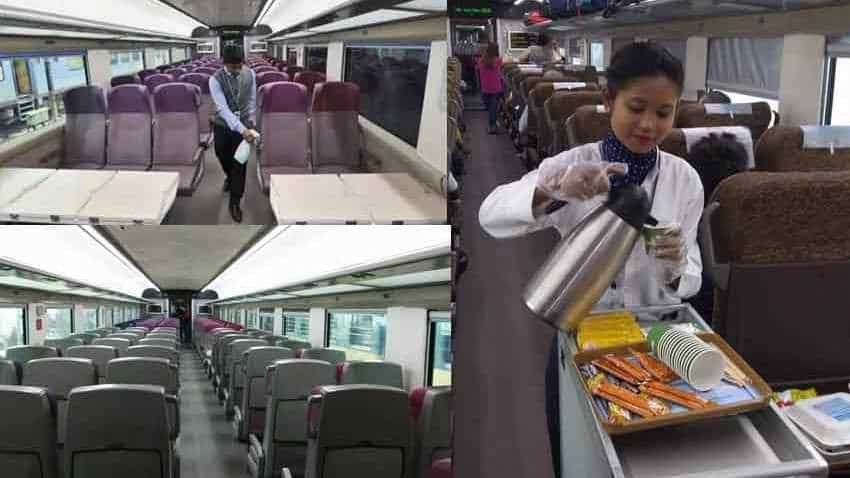 The Indian Railways have added another feather in its cap as Vande Bharat Express, previously known as Train 18, has become passengers' new favourite train. The semi-high speed self-propelled train, manufactured by the Integral Coach Factory (ICF), Chennai is setting new standards for others trains, not just with its speed but also with its service. "Vande Bharat has been the next leap forward for Indian Railways not only in terms of transportation, but also for passenger services. The hospitality extended to travellers in Vande Bharat Express is setting new standards," Railway minister Piyush Goyal tweeted on Wednesday afternoon.

Train 18 has many state-of-art features including automatic doors, bio-vacuum toilets, GPS enabled compartments and Wifi facility, superseding the amenities available in Rajdhani, Duronto, and Shatabdi Express trains. In another tweet, posted in Hindi, Goyal said that because of these features the Vande Bharat Express has become the new favourite among passengers.

The train's success has already forced Indian Railways to mull the possibility of introducing a couple of more such trains on several other routes, including one on Mumbai-Delhi route with a bunch of new safety features. The revamped Train 18 on the Mumbai-Delhi route is expected to come with many fresh safety features along with other modifications in the interior as well as exterior design. The alterations would be based on the feedback received from the passengers travelling in the Delhi-Varanasi Vande Bharat Express (Train 18).

The second model of Train 18 is expected to be rolled out of Tamil Nadu-based Integral Coach Factory (ICF) soon. The train has recorded a top speed of 180 km/hr during test runs. However, on commercial runs, it was tipped to hit a maximum speed of 160 km/hr, which is the maximum that India’s railway tracks can safely handle.

Regarded as the successor to the 30-year-old Shatabdi Express (the third fastest train in the country), Train 18 was tipped to cut travel time by 15%.