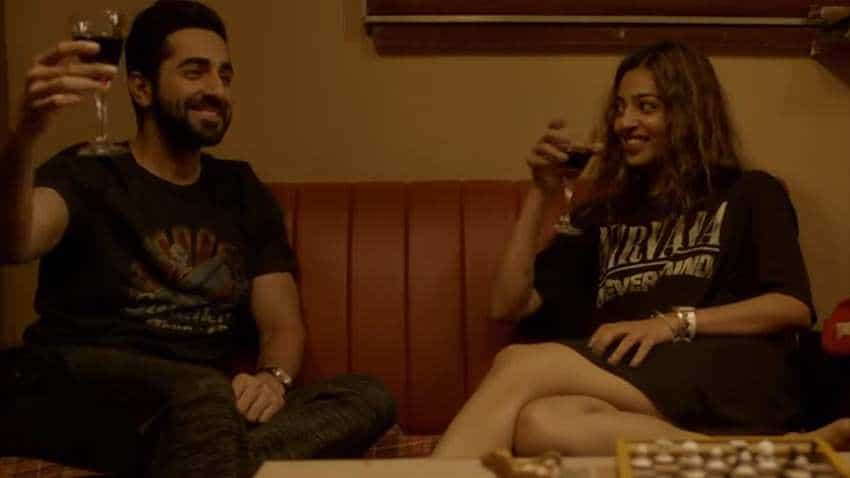 Andhadhun is a thriller comedy and has proved that films with social messages are no the only ones who collect huge stacks in China. Trailer screenshot
Written By: ZeeBiz WebTeam
RELATED NEWS

However, Andhadhun is the third highest grossing Indian film in China after Aamir Khan’s Dangal and Secret Superstar that managed to earn Rs 1,200 crore and Rs 700 crore in China, respectively. The film has already crossed all the records of hits like Hindi Medium and Bajrangi Bhaijaan. The Ayushmann Khuranna-starrer had bagged Rs 73.37 crore on its release day in India last October.

Andhadhun is a thriller comedy and has proved that films with social messages are no the only ones who collect huge stacks in China. In the past few months, Indian films haven’t really had the best run on the China box office front, despite it did turn out great for the past few years. Yash Raj Films’ action film Thugs of Hindostan only made $4.71 million ( Rs 32.93 crore) over its opening weekend while Akshay Kumar’s movie Padman registered an unimpressive total of $3.55 million ( Rs 25.54 crore). Comedy drama 102 Not Out made $3.56 million ( Rs 25.06 crore) in the neighbouring country while India’s blockbuster war epic Baahubali 2: The Conclusion too had only managed about $11.9 million ( Rs 80 crore).