Under Atmanirbhar Bharat, Amber Enterprises will shift focus from imports to domestic manufacturing. 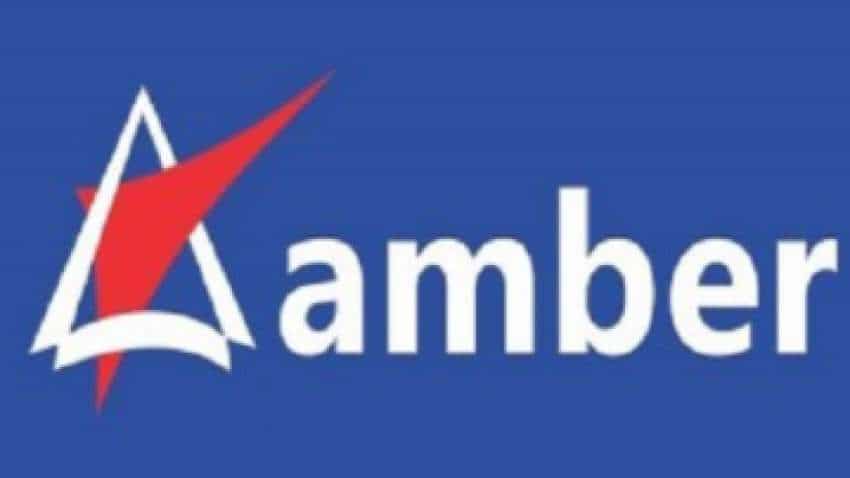 1) Import of RAC with refrigerant is prohibited as per Government’s circular. This has been put in place in order to address the rise in imports through Thailand (FTA agreement) post increase in import duty to 20% in 2018.
2) This is a positive step under Atmanirbhar Bharat to shift focus from imports to domestic manufacturing as Chinese firms were routing their exports through Thailand which contributed to 40% of total imports in 2019.
3) Due to the ban, economics of import gets negated due to increase in logistics cost (importing units without refrigerant and then charging the units with refrigerant domestically becomes unviable with cost per unit going up by Rs 800- Rs 1,000).
4) A large part of AC imports include import of RM like copper, aluminium, PCBs. While Rs 40 bn in value terms of CBU (Completely Build up) is imported, additional Rs 60-65 bn of RMs are also imported.

Amber to benefit due to rise in outsource of RAC manufacturing

1) Currently 30% of ACs, Rs 40 bn in value is imported in India. Of this, 75-80% are refrigerant filled CBU/ODU (Outdoor Unit) and balance are IDU (Indoor Unit) without refrigerant. Amber is pitching for a majority share among its customers and is confident of grabbing a good share of the addressable import market.
2) Of the total 2 mn CBU getting imported in India, the top five brands contribute to 40-50%. Amber’s customers who have the capacity will start domestic production of CBU and the ones without the bandwidth will have to outsource it to players like Amber. Currently 38-40% of RAC manufacturing is outsourced in India which will increase because of the prohibition.
3) As per industry reports, the RAC market is set to grow from 7mn units to 25mn units in the next 7- 8 years. Along with this, there will be spurt in demand for components as well as exports and Amber is further looking to strengthen its market positioning.
4) Amber has increased its market share from 14% six years back to 19% at the time of listing (FY18) to 24% today. It further expects to increase its share in the coming years.

Sufficient capacity with Amber to cater to rise in demand

1) Amber successfully raised Rs 4bn through QIP of which it intends to spend Rs 3 bn on two Greenfield RAC capacities (Pune and South India). Rs 550 mn has been spent towards acquiring the balance stake of Sidwal Refrigeration which has now become 100% subsidiary. Balance of the total amount will be spent towards capex in subsidiaries and debt repayment.
2) Amber has sufficient capacity to see a rise in demand following the prohibition. Its current capacity stands at 4.5 mn units while the sales were 3 mn units last year. In addition to this, the new facility at Pune is expected to get ready by Q4 FY22 and the South India plant will also be ready by Q1 FY23.
3) Amber has attained backward integration across its plants in North India and Pune. Assembly lines were currently operating at single shift which can easily be ramped up to double shift.
4) Demand from South India and Coastal India is about 36% of national sales and hence Amber is ramping up its capacity in the region to cater to the growing demand.
5) The backward integration of its plants provides Amber the competitive edge in the industry. With its rising market share, Amber’s scale of operations along with large R&D, new products and customer gains make it a formidable player.