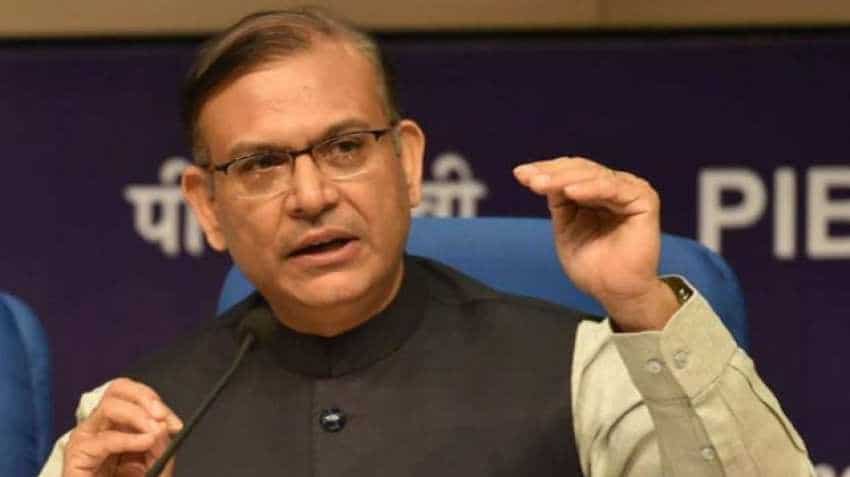 Airfares in the country today is among the lowest in the world, making small carriers bleed. Image: DNA File
Written By: ZeeBiz WebTeam
RELATED NEWS

Union minister Jayant Sinha has surprised everyone by claiming that airfare today is cheaper than the cost of a ride in an auto-rickshaw. Not only the claim, Sinha has also shared the mathematics behind his statement. Sinha says that a ride in an autorickshaw today costs Rs 5/km but an air flight costs around Rs 4/km. "Today, airfare is less than that of an auto-rickshaw. You'll ask how is that possible? When two people take an auto-rickshaw they pay fare of Rs. 10 which means they're charged Rs. 5/km but when you go by air you are charged Rs. 4/km," news agency ANI quoted Sinha as saying.

Later, Sinha clarified that he was not implying that people should use planes for short distances. "MoS Civil Aviation @jayantsinha clarifies,"So on a per km basis our air fare is among lowest in the world. I am not implying you use planes for short distances, that's not the point of the comparison, it's just to be able to demonstrate how affordable our air fares are," he was quoted as saying.

Earlier in July this year, Sinha had said that the cost of long-distance air travel in the country was Rs 5/km, which is equivalent to autorickshaw fares. The reality though is grim for Indian aviation even though it is growing spectacularly fast. Airfares in the country today are amongst the lowest in the world, but that is making small carriers bleed, despite India being one of the fastest growing aviation markets in the world.

As per a PTI report, the domestic airlines industry is expected to post higher losses at USD 1.65-1.90 billion this fiscal year, up from projected USD 430-460 million, amid the headwinds due higher costs and lower yields, a report said. Besides, airlines need to raise over USD 3 billion in near-term based on June quarter estimates, with full-service carriers requiring around USD 2.6 billion, while the low-cost peers needing USD 400 million, the India unit of Sydney-based Centre for Asia Pacific Aviation (CAPA) Monday said in its Mid-Year Aviation Outlook 2019.

Full-service carriers are critically placed and could lose USD 1.75-2 billion in the current fiscal largely because of their uncompetitive cost base on domestic operations and a lack of profitability on international routes, it said.

Government-owned Air India, Jet Airways and Vistara are the three full-service domestic airlines. Stating that traffic growth continues unabated but the financial outlook has deteriorated dramatically since January, the report said, "At that time (since January) CAPA India forecast a consolidated industry loss of USD 430-460 million, subject to oil remaining below USD 70/barrel and the US dollar exchange rate at Rs 65-67."