Air India has sought the government`s approval to borrow Rs 2,400 crore from National Small Savings Fund (NSSF), a pool of small savings from households, to meet its working capital requirements. 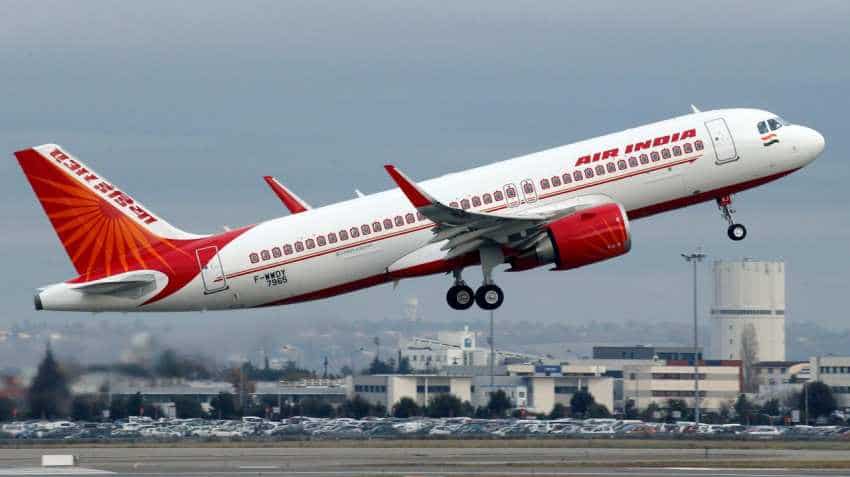 The Aviation Secretary is, however, learnt to have advised Air India to discuss its financial issues separately. Image source: Reuters
Written By: IANS
RELATED NEWS

Disinvestment-bound Air India has sought the government`s approval to borrow Rs 2,400 crore from National Small Savings Fund (NSSF), a pool of small savings from households, to meet its working capital requirements. The airline, which has seen its total debt ballooning to Rs 58,000 crore, made the request at a meeting on May 14 of all the top bosses of agencies working under the Civil Aviation Ministry. The meeting was chaired by Civil Aviation Secretary Pradeep Singh Kharola.

The Aviation Secretary is, however, learnt to have advised Air India to discuss its financial issues separately. `This is fresh requirement beyond what had been approved earlier,` said a senior Air India official. Explaining the justification for fresh demand, the official said that the government was to give Air India a financial support of Rs 2,484 crore, the balance of the budgetary support.

`This could be provided as a Government of India (GoI) guarantee or in the form of loan. If it gives us guarantee, we can borrow from the bank. In case the support comes as loan, the interest would be directly paid to the government. The NSSF loan is like borrowing from the government and it is about 0.5 per cent cheaper compared to commercial banks,` he said. The airline`s ever-increasing hunger for loans indicates its precarious financial health. This also raises questions over timing of the airline`s disinvestment.

But top sources in the government said the disinvestment of Air India would be done in the next few months given that it is one of the unfinished agendas of Narendra Modi-led government. `Going at the current pace, the EoI (expression of interest) for the sale of Air India will soon be out. Disinvestment of the airline is now a matter of months,` said a senior government official.

Meanwhile, the airline has put its expansion plan on hold in the wake of the disinvestment plan. It would not take any new aircraft on lease and network expansion would be done only by making more grounded aircraft operational. Air India is currently surviving on a Rs 30,000 crore bailout plan cleared by the UPA-II government in 2012.