The Centre is working on a revival package with four elements, including financial assistance for Air India, and it will be made ready for approval soon, Union Minister of State for Aviation Jayant Sinha said here. 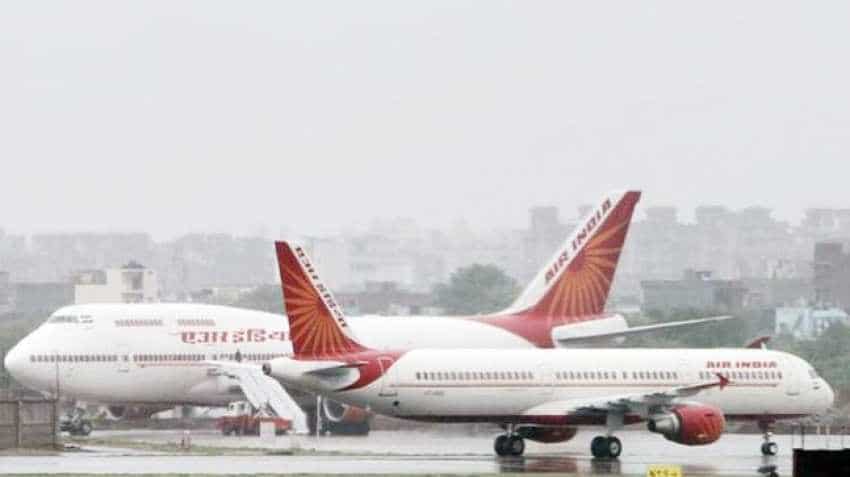 The Centre is working on a revival package with four elements, including financial assistance for Air India. Image source: Reuters
Written By: IANS
RELATED NEWS

The Centre is working on a revival package with four elements, including financial assistance for Air India, and it will be made ready for approval soon, Union Minister of State for Aviation Jayant Sinha said here.

"Air India is on its way to become a strong, vibrant and globally competitive airline. We are working on the revival package for Air India which has four elements," he said.

The Minister said the package includes financial assistance to support the airline, undertaking of a series of reforms to ensure that it is a professionally managed company, strategy to make it successful and competitive and also series of measures to improve conditions for the workforce.

"The revival package is in its final stages. As part of the revival package, we are also looking at what we should do financially for Air India. The timeline is to do it as soon as possible. These are complicated and detailed work that we have to do," he said.

On whether the government is considering putting a cap on air-tickets when aviation turbine fuel price is increasing, he said, "There is no proposal for any cap on the prices (air tickets). Under the deregulation, airlines are free to set the prices."

For certain types of aircraft, there are certain shortages of pilots-in-command (i.e. captains), he said on the sidelines of the 187th Annual General Meeting of the Calcutta Chamber of Commerce.

Under the regional connectivity schemes, many flights originating from unserved or under-served airports are started coming to Kolkata airport and new flights under the Udan (Ude Desh Ka Aam Nagrik) scheme would also start coming, he said, adding that 33 airports have been opened in the last few years largely because of the Udan scheme.

There is Rs 1 lakh crore of investments in the pipeline for airports in the next five years, the minister said, adding that today, there are 220 million passenger air trips a year and there are plans for a billion trips per year.

Speaking on the capacity expansion of the Kolkata airport or a new airport in the city, Sinha said, "We are working with the state (West Bengal) government to see what we can do to expand the airport capacity in Kolkata and that includes both expanding the capacity of the Netaji Subhash Chandra Bose airport as well as considering and evaluating suggestion for a second airport."

For Design and construction of any airport, it is important to be able to acquire land and that takes a lot of time in a densely populated area, he said, adding that around 1,000-hectare land is required for a large-scale international airport.

"Acquisition of land for public services of this sort is a decision of state government...air traffic in Kolkata and in the state is growing. We need to add significant capacity for an international airport here," he added.