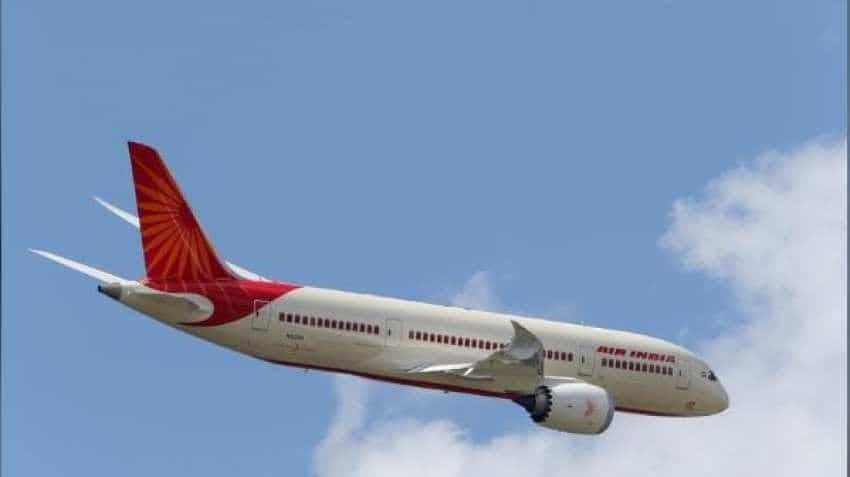 Air India has been making losses since the merger with Indian Airlines in 2007. The airline has a fleet size of around 122 aircraft currently. Reuters

While Air India's passenger count rose by only 4 per cent in the December 2018 quarter, its revenue from passengers increased by 20 per cent on the back of better aircraft utilisation, said a senior official of the company."Due to better and efficient utilisation of aircraft fleet, the passenger revenue increased from Rs 4,615 crore in third quarter of 2017-18 to Rs 5,538 crore in third quarter of 2018-19," the official said.
The official added that the number of passengers has increased to 55.27 lakh during the quarter from 53.28 lakh in the year-ago period.

"This shows that passengers have increased by around 4 per cent...But our ASKM (available seat kilometres) has increased at a much faster rate," the official said.

ASKM indicates the passenger-carrying capacity of an aircraft. It is arrived at by multiplying the number of seats occupied by the distance travelled by the aircraft in kilometres during a particular period.

The official said passengers in December increased by 4 per cent but the revenue from them increased by 23 per cent during the month.

"In the third quarter, total 15 new flights were started by the company," the official added.

Speaking about the Air India's woes, Civil Aviation Minister Suresh Prabhu Friday said future revenues of the company cannot service its "massive" debt and this legacy issue has to be segregated from the current challenges of national carrier.

"If you feel that future revenues can actually service the debt, it is not possible for the simple reason that the debt is so massive," Prabhu said Friday during a livestream held on 'Flying for All: Global Aviation Summit 2019'.

Air India earns 65 per cent of its revenues from international routes, while the remaining comes from domestic network.

"Also, the cost of interest on the debt, when you try to service it from your revenues, Air India can never be in profit. Therefore, we have to address the debt issue. We are proactively working with the Ministry of Finance to make it happen," Prabhu added.

Air India has been making losses since the merger with Indian Airlines in 2007. The airline has a fleet size of around 122 aircraft currently.

"We have prepared a plan... We are trying to professionalise the entire management of Air India, right from the CEO (chief executive officer) downwards so that there will be a proper management structure so that Air India can reach to newer heights," he said.

"But anybody, who comes in, will ask this question 'how do I deal with the legacy'. The same question I had to address when I took over as a minister.

The same question, Air India's new managing director or the new CEO or new board of directors would have to address - how do I deal with the past?" he added.