Seeking to replace Chinese and other foreign clothing used for making military uniforms in the country, DRDO is helping Indian textile industries produce yarns which will help to end reliance on import in this sector 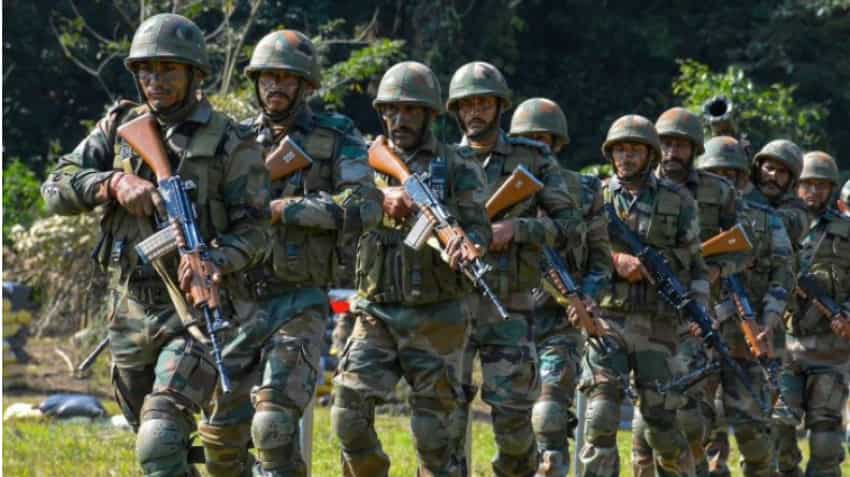 In another massive blow to China, India has decided to replace Chinese fabric used in military uniform from locally produced yarn. The setback to China comes after more Chinese apps ban was imposed under Section 69A of the Information Technology Act for engaging in activities prejudicial to India's sovereignty, integrity, defence, security and public order on Tuesday.

This was on 43 Chinese apps. The Indian government in a crackdown had earlier banned more Chinese apps on two occasions—one on June 29, when it banned 59 apps, and it also barred use of 119 Chinese apps, including PUBG, on September 2. The development also holds relevance over much hyped speculation on PUBG Mobile India launch date.

Seeking to replace Chinese and other foreign clothing used for making military uniforms in the country, Defence Research and Development Organisation (DRDO) is helping Indian textile industries produce yarns which will help to end reliance on import in this sector, reported news agency ANI.

Director of Directorate of Industry Interface and Technology management (DIITM) at DRDO, Mayank Dwivedi said that for Indian army's summer uniform alone, the approximate requirement of the fabric is 55 lakh metres and if all the requirements of Navy, Air Force and Para Military forces are added then the requirement may go well beyond 1.5 crore metres per annum.

"We're following our Prime Minister Narendra Modi's call for Atmanirbhar Bharat or self-reliance in all the products in India and particularly in defence products. If these yarns and fabric are manufactured in India for the purpose of uniform making for the armed forces, then it will be big achievement as it will help us move one step ahead towards Atmanirbhar Bharat," Mayank Dwivedi said.

The advanced fabrics can be used for future requirement of the parachute and bulletproof jackets as well.

In a recent digital interaction organised by Confederation of Indian Industries (CII) with the industries of Surat on September 17,  Dr Dwivedi had talked about opportunities in the areas of textile in the defence sector.

"We are working to make technical textile for rocket motors and composite structure for the missile system. We are using technical textile in bullet-proof jackets as well. Similarly, I shared the idea of making blends like nylon 6,6 yarn, lycra fibre, viscose, polyester to make army uniforms at the CII webinar in the Surat industry recently. For a particular requirement of the Indian armed forces, the uniform can be made in a much better way," Dr Dwivedi said.

The major application of advanced textile is required in the uniform worn by the Indian Armed Forces as well as all their accessories such as bags, shoes and tents which are used by the Forces

It was emphasised that the use of advanced textiles blends using yarns of polyester/ nylon 6,6 / cotton/polyurethane/rayon will enhance operational capabilities and comfort of Indian Armed Forces.