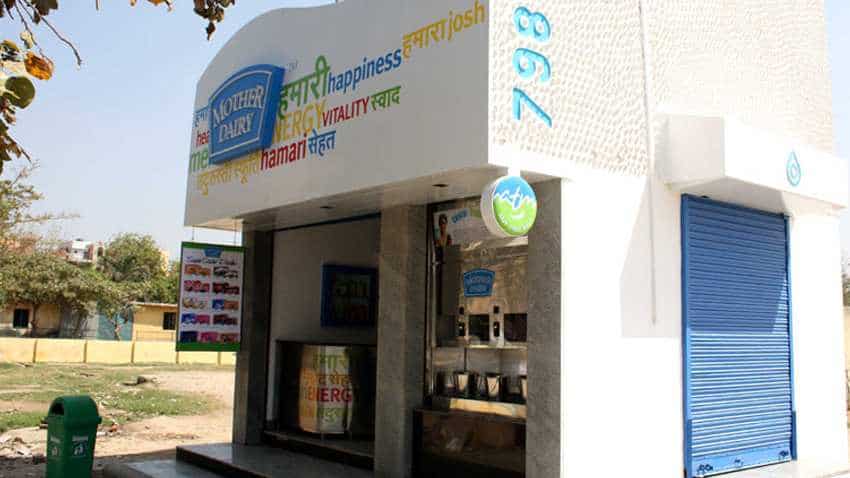 Days after Amul increased the price of milk by Rs 2 per litre, Mother Dairy, the leading milk supplier in the national capital region also hiked milk prices by the same margin on Friday. Source - Mother Dairy.

Days after Amul increased the price of milk by Rs 2 per litre, Mother Dairy, the leading milk supplier in the national capital region also hiked milk prices by the same margin on Friday. Mother Dairy cited higher procurement cost from farmers as the reason behind this decision. The company has increased the prices of only poly pack milk and not bulk vended milk, also known as token milk. "Mother Dairy to raise the consumer prices of its poly pack milk variants in Delhi NCR from May 25, 2019. The 1 litre pack has been increased by Re 1 only and the 500 ml pack by Rs 2 a litre, effectively impacting the consumer by Re 1 per pack," the company said.

Amul's increased prices have already been implemented across the country. The prices have been increased because of an increase in production cost, Amul said. Amul had last revised milk prices two years back in March 2017. Gujarat Cooperative Milk Marketing Federation (GCMMF), which sells milk and milk products under the Amul brand had said in a statement that the new price will come into effect from May 21 onwards.

Rs 2 per litre price has been increased on all six Amul brands being sold in major markets of Delhi-NCR, Gujarat, West Bengal, Kolkata, Uttaranchal, Maharasthra and other states, the GCMMF said. The revised price of 500 millilitre (ml) pack of 'Amul Gold' in Ahmedabad is Rs 27, 'Amul Shakti' is at Rs 25, 'Amul Taaza' is at Rs 21 and 'Amul Diamond' is at Rs 28.

There has been no change in cow milk prices in Gujarat, the cooperative added. "This increase in milk prices by Rs 2 per litre has happened after a gap of two years with an aim to provide remunerative milk purchase price to our milk producers owing to drop in milk production and increase in cost of production," GCMMF had said.

Considering increase in the cost of milk production, all member milk unions of Gujarat have increased milk purchase price by a minimum of Rs 30-50 per kg fat (5-8 percent) over the last few months, it said.

Mother Dairy Milk Price Hike: Milk to get costlier by Rs 2 per litre in Delhi-NCR—check rates of full-cream, toned, double-toned milk, Cow milk and other variants