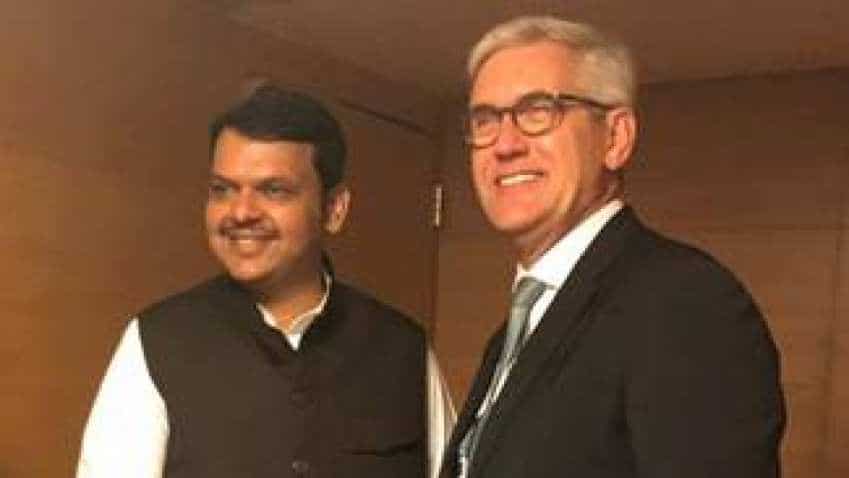 On the sidelines of the NASSCOM Technology & Leadership Forum 2019, ABB CEO Ulrich Spiesshofer held talks with Maharashtra Chief Minister Devendra Fadnavis. The discussion mainly focused on how a partnership with ABB could be created to deploy artificial intelligence (AI) and digitalization technologies to meet the state’s requirements, including using AI to take skills development to the next level. The two also discussed the state’s focus on becoming an export hub and how ABB could help enhance India’s role in the global value chain.

“Maharashtra has been a forerunner in AI technology in India and ABB, as a pioneering technology leader in digital industries, is ready to support it in developing its digital economy,” said ABB CEO Ulrich Spiesshofer. “By rapidly adopting advanced technologies, Maharashtra can expand its role as an export hub and strengthen India’s competitive position in global markets.”

One out of every two cars manufactured in the auto hub of Pune, the second-largest city in Maharashtra, has ABB automation and robotics involved in its processes. Enhancing the state’s presence as a robotics hub was factored in the talks.

ABB is already working with NITI Aayog to digitalize key sectors of the Indian economy and to realize the potential of AI, big data and connectivity.

Today’s talks come at a time when the government of Maharashtra is exploring the potential of AI to address various issues surrounding crop yields, innovation and citizen programs. Its initiatives on electric mobility for cars, buses and three-wheelers were also discussed at the meeting.

In India, ABB is the only company with capabilities spanning the entire electricity value chain, from grid infrastructure, to automation and power management, to electrification, including electric vehicle charging.

NASSCOM to launch 'Launchpad' programme; how this will help Indian tech firms expand business and trade in North American market?

'Startup firms growing in India with 10% being added every year'