The incident, which took place in the A320 neo aircraft operating the Jaipur-Kolkata flight on December 10, is also the first time globally that smoke was detected from a P&W engine. 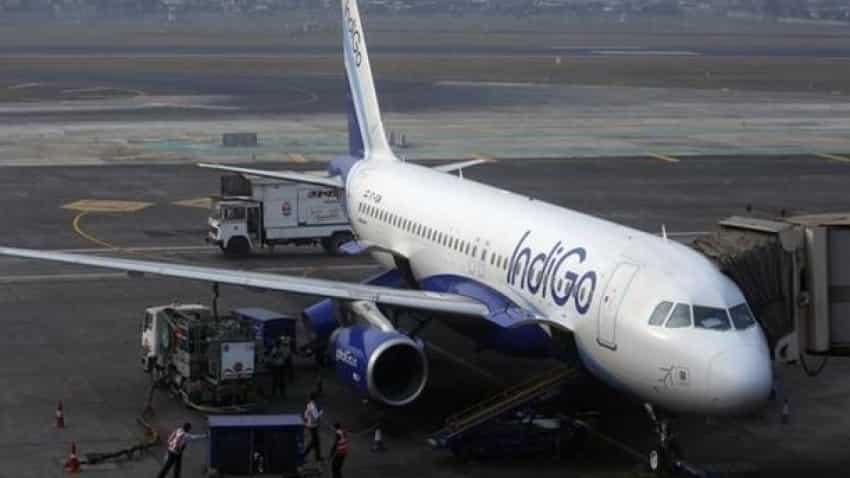 "In this case, AAIB is sending this engine to M/s P&W facility for detailed investigation and is seeking assistance from NTSB, USA also," a senior AAIB official told PTI. Photo: Reuters
Written By: PTI
RELATED NEWS

The incident, which took place in the A320 neo aircraft operating the Jaipur-Kolkata flight on December 10, is also the first time globally that smoke was detected from a P&W engine.

The Aircraft Accident Investigation Bureau (AAIB), which has refuted allegations that it was going slow with the probe, is already pursuing the matter with Airbus and P&W.

"In this case, AAIB is sending this engine to M/s P&W facility for detailed investigation and is seeking assistance from NTSB, USA also," a senior AAIB official told PTI.

Responding to queries about the incident, wherein the plane made an emergency landing at Kolkata airport, the official also said the "question of hushing it (the probe) up doesn't arise at all".

While cooperation between civil aviation authorities and regulators is a regular practice, it is not common for AAIB to seek inputs from the NTSB as part of a probe into an incident.

The National Transport Safety Board (NTSB) is tasked with investigating all aircraft crashes in the US and those overseas, involving US aircraft, among other responsibilities.

P&W engines, powering A320 neo planes, have been facing glitches and in the past many months, some of the planes were grounded due to engine woes.

An industry source on Monday claimed that AAIB mid-way changed the probe team and brought an official, whose integrity has come under question in the past allegedly to cover up the probe.

Both, the Civil Aviation Ministry and IndiGo denied the allegations. "There is no question of any probe being hushed up. On the contrary, the AAIB is pursuing the matter with Airbus and Pratt & Whitney for assessing the reasons and recommending remedial measures," Civil Aviation Secretary R N Choubey told PTI on Monday.

Investigation are still underway and as a responsible corporate representing the Indian aviation industry, IndiGo will never influence any authority in its on-going investigation, the airline told PTI on Monday.

Notably, IndiGo had downplayed the incident saying in a statement that the flight "made an emergency landing as a precaution due to a suspected smoke in cabin".

Stating that the aviation regulator DGCA and DG AAIB called all stakeholders operating neo engines for a meeting immediately after this incident , the AAIB official said that as per settled practice, an officer from DGCA regional office is the first to reach the site of occurrence.

"Subsequently, based on their initial assessment, if required, AAIB takes over the investigation. In this case, the Bureau chief went to Kolkatta."

Defending the "credentials" of the chief investigator in the probe, the official said that the AAIB chief is also part of the investigation and the probe was being conducted in a "fair and transparent" manner.

However, the P&W engines-run aircraft have been confronting with glitches every now and then since their induction in the fleet by the two operators in 2016 with several instances of mid-air engine shut downs. But the US engine maker has failed to come up with any tangible solution to fix these glitches so far despite frequent grounding of these planes