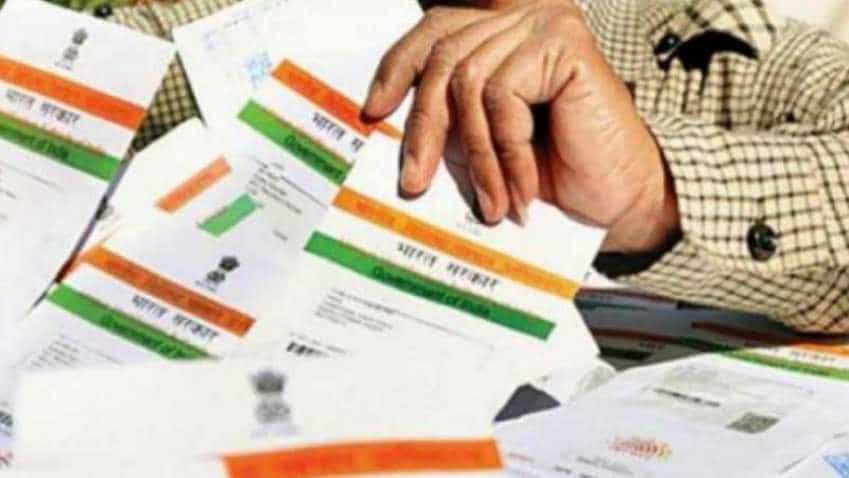 The Bill provides the voluntary use of Aadhar number in physical and electronic form by authentication or offline verification with the consent of Aadhar number holder. Image source: Reuters

Aadhaar rules are set to change soon. Recently, the Aadhar and Other Laws (Amendment) Bill, 2019 was approved by Prime Minister Narendra Modi-led Union Cabinet. The Bill will be introduced in the upcoming session of Parliament.  This bill replaces the Aadhar and Other Laws(Amendment) Ordinance, 2019, which was considered by the Cabinet in its meeting on 28th February this year and promulgated by the President on 2nd March, 2019.

Also, it gives an option to the children to cancel their aadhar number on attaining the age of eighteen years.
The Bill permits the entities to perform authentication only when they are compliant with the standards of privacy and security specified by the Authority.

- Allows the use of Aadhaar number for authentication on voluntary basis as acceptable KYC document under the Telegraph Act, 1885 and the Prevention of Money-laundering Act, 2002. Under Telegraph Act, 1885, users can get information on exclusive privilege in respect of telegraphs and power to grant licenses and under Prevention of money laundary Act, 2002,defines offence of money laundering as whosoever directly or indirectly attempts to indulge or knowingly assists or knowingly is a party or is actually involved in any process or activity connected with the proceeds of crime and projecting it as untainted property shall be guilty of offence of money-laundering.

- This proposes deletion of section 57 of the Aadhaar Act relating to use of Aadhaar by private entities.
This prevents denial of services for refusing to, or being unable to, undergo authentication.

- The Bill provides for establishment of Unique Identification Authority of India Fund.
It provides for civil penalties, its adjudication, appeal thereof in regard to violations of Aadhaar Act and provisions by entities in the Aadhaar ecosystem.

After coming into force, the new Bill would enable Unique Identification Authority of India (UIDAI) to have a more robust mechanism to serve the public interest and restrain the misuse of Aadhar.
Subsequent to this amendment, no individual will be compelled to provide proof of possession of Aadhaar number or undergo authentication for the purpose of establishing his identity unless it is so provided by a law made by Parliament.
For the convenience of general public in opening of bank accounts, the proposed amendments would allow the use of Aadhaar number for authentication on voluntary basis as acceptable KYC document under the Telegraph Act, 1885 and the Prevention of Money Laundering Act, 2002.

Aadhaar card: Want to update your Aadhaar details online? Here’s step by step guide to do it!