The Union Cabinet chaired by the Prime Minister Shri Narendra Modi approved the recommendations of the 7th CPC on allowances with some modifications. The revised rates of the allowances shall come into effect from 1st July, 2017 and shall affect more than 48 lakh central government employees. 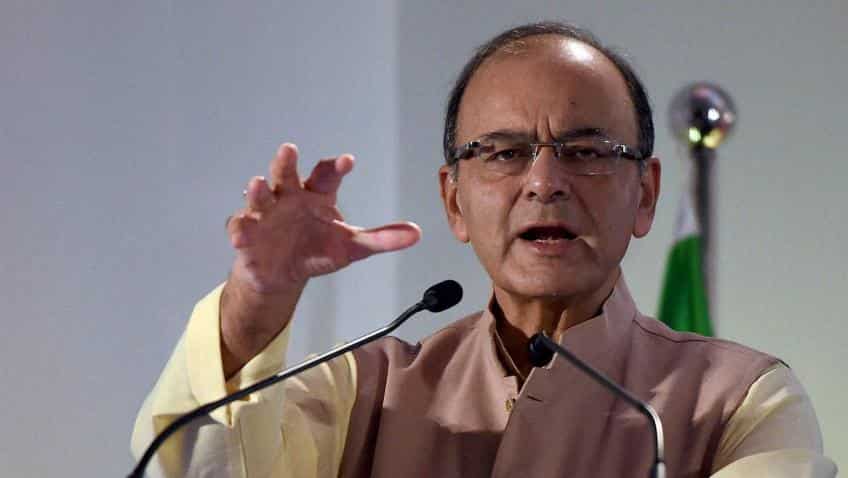 The Union Cabinet chaired by the Prime Minister Shri Narendra Modi approved the recommendations of the 7th CPC on allowances with some modifications. The revised rates of the allowances shall come into effect from 1st July, 2017 and shall affect more than 48 lakh central government employees.

While approving the recommendations of the 7th CPC on 29th June, 2016, the Cabinet had decided to set up the Committee on Allowances (CoA) in view of substantial changes in the existing provisions and a number of representations received. The modifications are based on suggestions made by the CoA in its Report submitted to Finance Minister on 27thApril, 2017 and the Empowered Committee of Secretaries set up to screen the recommendations of 7th CPC.

For most of the allowances that were retained, the 7th CPC recommended a raise commensurate with inflation as reflected in the rates of Dearness Allowance (DA). Accordingly, fully DA-indexed allowances such as Transport Allowance were not given any raise. Allowances not indexed to DA were raised by a factor of 2.25 and the partially indexed ones by a factor of 1.5. The quantum of allowances paid as a percentage of pay was rationalised by a factor of 0.8.

A new paradigm has been evolved to administer the allowances linked to risk and hardship. The myriad allowances, their categories and sub–categories pertaining to  civilians employees, CAPF and defence personnel have been fitted into a table called the Risk and Hardship Matrix (R&H Matrix). The Matrix has nine cells denoting varying degrees of risk and hardship with one extra cell at the top named as RH - Max to include Siachen Allowance. Multiple rates applicable to individual allowances will be replaced by two slab rates for every cell of the R&H Matrix.

Modifications approved by the Cabinet

The modifications approved today were finalised by the E-CoS based on the recommendations of the CoA. The CoA had undertaken extensive stakeholder consultations before finalising its recommendations. It had interacted with Joint Consultative Machinery (Staff side) and representatives from various staff associations. Most of the modifications are on account of continuing requirement of some of the existing arrangements, administrative exigencies and to further the rationalization of the allowances structure.

The modifications approved by the Government in the recommendations of the 7th CPC on allowances will lead to a modest increase of ₹1448.23 crore per annum over the projections made by the 7th CPC. The 7th CPC, in its Report, had projected the additional financial implication on allowances at ₹29,300 crore per annum. The combined additional financial implication on account of the 7th CPC recommendations along with the modifications approved by the Cabinet is estimated at ₹30748.23 crore per annum.

Highlights of Cabinet approval on Allowances

Government has decided not to abolish 12 of the 53 allowances which were recommended to be abolished by the 7th CPC. The decision to retain these allowances has been taken keeping in view the specific functional requirements of Railways, Posts and Scientific Departments such as Space and Atomic Energy. It has also been decided that 3 of the 37 allowances recommended to be subsumed by the 7th CPC will continue as separate identities. This has been done on account of the unique nature of these allowances. The rates of these allowances have also been enhanced as per the formula adopted by the 7th CPC. This will benefit over one lakh employees belonging to specific categories in Railways, Posts, Defence and Scientific Departments.

7th CPC had placed Siachen Allowance in the RH-Max cell of the R&H Matrix with two slabs of ₹21,000 and ₹31,500. Recognizing the extreme nature of risk and hardship faced by officers / PBORs on continuous basis in Siachen, the Government has decided to further enhance the rates of Siachen Allowance which will now go up from the existing rate from₹14,000 to ₹30,000 per month for Jawans & JCOs (Level 8 and below) and from ₹21,000 to ₹42,500 per month for Officers (Level 9 and above). With this enhancement, Siachen Allowance will become more than twice the existing rates. It will benefit all the soldiers and officers of Indian Army who are posted in Siachen.

At present, various types of allowances are paid for provisioning and maintenance of uniforms/outfits such as Washing Allowance, Uniform Allowance, Kit Maintenance Allowance, Outfit Allowance etc. These have been rationalised and subsumed in newly proposed Dress Allowance to be paid annually in four slabs @ ₹5000, ₹10,000, ₹15,000 and ₹20,000 per annum for various category of employees. This allowance will continue to be paid to Nurses on a monthly basis in view of high maintenance and hygiene requirements. Government has decided to pay higher rate of Dress Allowance to SPG personnel keeping in view the existing rates of Uniform Allowance paid to them (which is higher than the rates recommended by the 7th CPC) as also their specific requirements. The rates for specific clothing for different categories of employees will be governed separately.

Some allowances based on geographical location such as Special Compensatory (Remote Locality) Allowance (SCRLA), Sunderban Allowance & Tribal Area Allowance have been subsumed in Tough Location Allowance. The areas under TLA have been classified into three categories and the rates will be governed as per different cells of R&H Matrix and will be in the range of ₹1000 - ₹5300 per month. The 7th CPC had recommended that TLA will not be admissible with Special Duty Allowance (SDA) payable in North-East, Ladakh and the Islands. Government has decided that employees will be given the option to avail of the benefit of SCRLA at pre-revised rates along with SDA at revised rates.

8.         Recommendations in respect of some important allowances paid to Indian Railways

Rate of Fixed Medical Allowance (FMA) for Pensioners has been increased from ₹500 per month to ₹1000 per month. This will benefit more than 5 lakh central government pensioners not availing CGHS facilities.

While increasing the rate of allowances affecting the central government employees, especially the Defence, CAPF and Coast Guard personnel, the staff of Railways, Postal department and nursing staff, the total number of allowances have been rationalized from 197 to 128. Thus, the Government has shown a great deal of fiscal prudence and at the same time addressed the genuine concerns of the employees and responded to some of the administrative exigencies necessitating the modifications.