In Modi’s leadership from 2014 to till  date, Indian markets have made some history. Investors appetite for equities increased continuously with IPO market witnessing boom, midcap and smallcap indices soaring to new level. 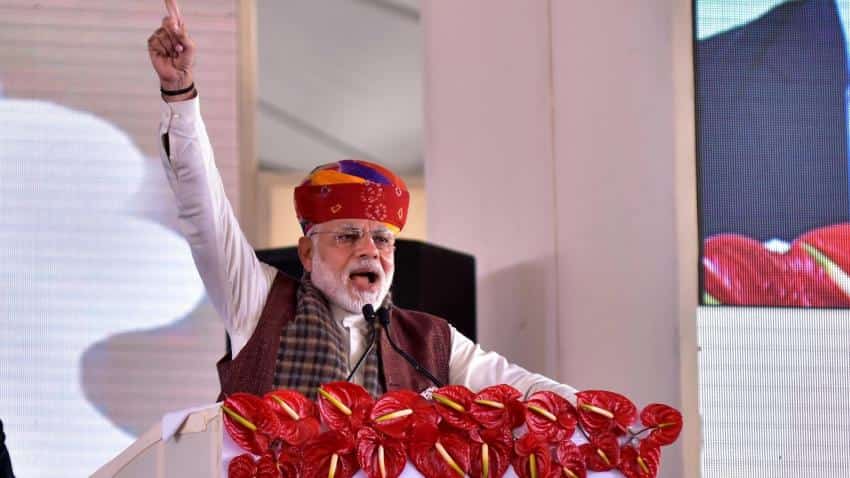 The NDA government is celebrating four years of rule in India, as their leader Narendra Modi was sworn as Prime Minister of the country on May 26, 2014. Modi led the BJP's campaign in the 2014 general election, which led to the party bagging a massive majority in the Lok Sabha. Thereafter, PM Modi in his four year reign has introduced various schemes that affected virtually each aspect of the citizens' life, from toilets, affordable housing to delivery of subsidies in new form. Not to forget, he also launched a drive against black money through his demonetisation move and also brought the country under the umbrella of Goods and Services Tax (GST) regime.

Modi on 4th anniversary of his reign on Saturday said, “ On this day in 2014, we began our journey of working towards India’s transformation.” He added, “Over the last four years, development has become a vibrant mass movement, with every citizen feeling involved in India's growth trajectory. 125 crore Indians are taking India to great heights!”

He added, “I bow to my fellow citizens for their unwavering faith in our Government. This support and affection is the biggest source of motivation and strength for the entire Government. We will continue to serve the people of India with the same vigour and dedication.”

In Modi’s leadership from 2014 to till  date, Indian markets have made some history. Investors appetite for equities increased continuously with IPO market witnessing boom, midcap and smallcap indices soaring to new level.

When Modi’s BJP party won in the month of May 2014, Indian market welcomed the new government with open arms and happiness reflected in the performance of Sensex and Nifty 50.

Sunil Jain analysts  at Elara Capital on 4-years of Modi says, “The round of Bull market in midcaps started post 2014 (Modi euphoria). Since then, we saw massive inflows into local MF portfolios. Most funds were diverted into mid and small caps based on lack of large cap options.” 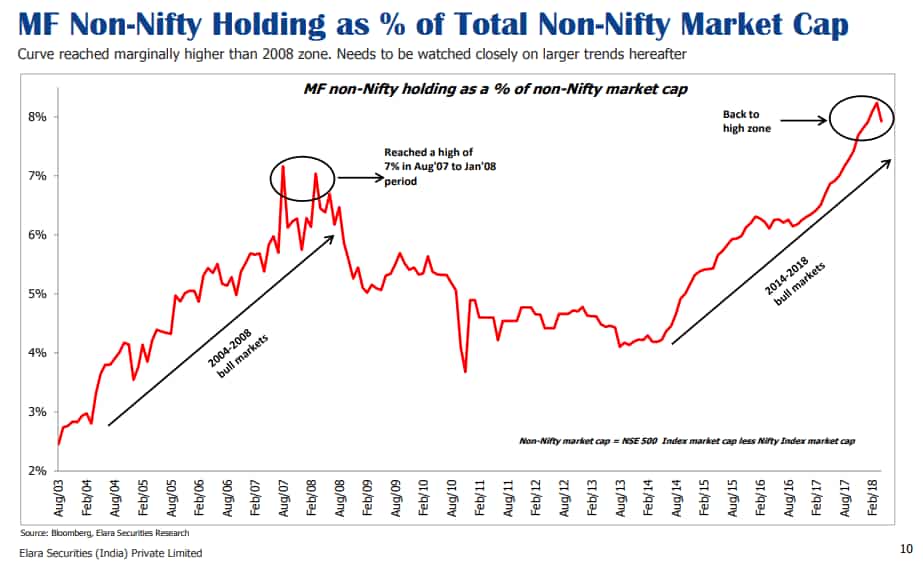 Jain added, “MF built a big tail in side markets in the past few years, which accelerated after the note ban. We have seen evidence to suggest that the big crowd got sucked into the markets post demonetization.”

According to Elara, One key trend here is the midcaps relative pattern. Post 2014, midcap-to-Nifty ratio broke out of a decade cycle downtrend on the back of midcap chasing. The ratio has been following this uptrend for the past four years.

“We saw two large setbacks in midcaps over 2016-17, but this trendline has held well. In this leg, we have seen a big reversal in the trend emerging after four years. In this round of market correction, relative performance of side market has already reached a two-year low, ” Jain added. 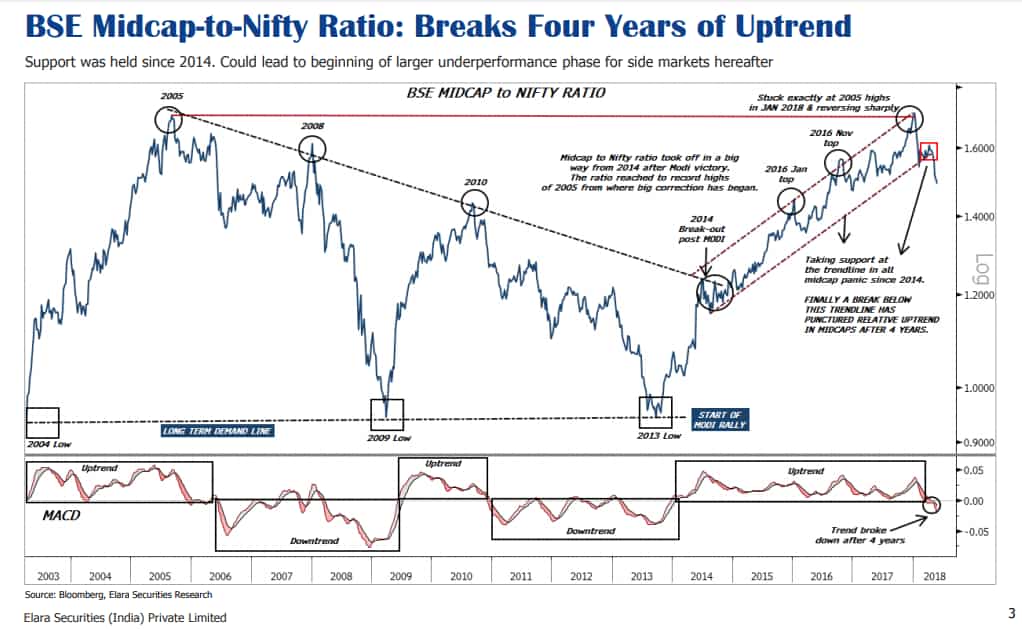 Since 2014, midcaps have seen three large round of corrections during January 2016, November 2016 and May 2017). In all three rounds, the retracement in Midcap-to-Nifty ratio from the highs in the range of 6-8%. However, in this round, midcaps have already retraced 14% from top, puncturing the Bull cycle. 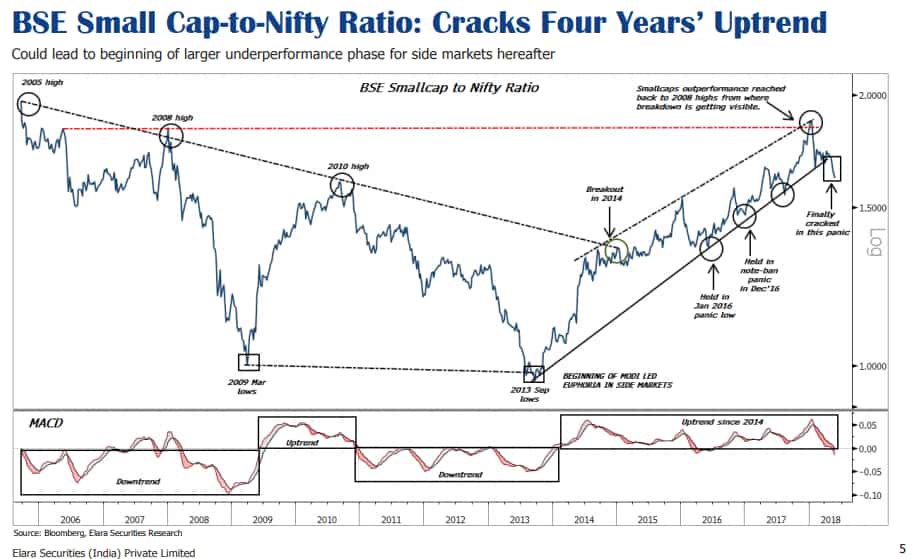 Notably, in what is going to hold India in good stead globally, under his leadership, the country jumped to 100th rank in the 2018 Ease of Doing Business ranking by World Bank.

Considering the above factor, one can definitely applaud Modi’s reign in Indian markets as they have definitely become a money making indexes for investors.