RBI’s repo rate cut was a major step for the Indian rupee, which is already facing headwinds due to geopolitical tensions, currency war and trade war among other factors. 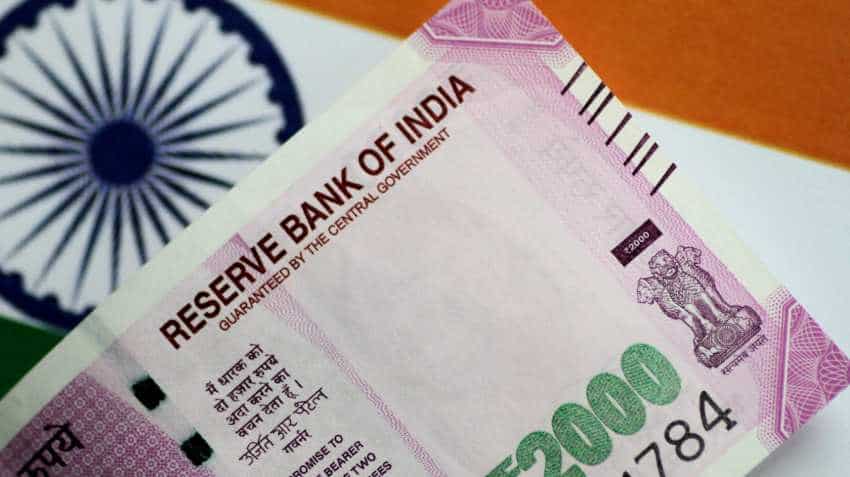 RBI’s rate cut was a major booster for rupee which is already facing headwinds due to geopolitical tension, currency war and trade war among other factors. Photo: Reuters
Written By: ZeeBiz WebTeam
Edited By: Harish Dugh
RELATED NEWS

Budget 2019: Where does the rupee come from and where the rupee goes? Find out

Market sentiment was a mixed bag post RBI's 35 basis point rate cut announcement today as was clear from the fact that both Sensex and Nifty moved very little. On the other hand, Indian rupee moved against the dollar at interbank forex market. At around 1248 hours, the Indian rupee was performing at 70.692-level per dollar down by 0.343 points or 0.49%, as per Investing.com data. The moment RBI governor Shaktikanta Das along with MPC members announced a 35 basis points rate cut in policy repo rate on Wednesday, the rupee was stable around 70.90 per dollar level. Later, the domestic currency further strengthened. In previous trading session, rupee was over 71-mark against US dollar benchmark index. At present, RBI’s rate cut was a major booster for rupee which is already facing headwinds due to geopolitical tension, currency war and trade war among other factors.

In August 2019 policy, the RBI and MPC members voted to reduce the policy repo rate under the liquidity adjustment facility (LAF) by 35 basis points (bps) from 5.75 per cent to 5.40 per cent with immediate effect. Consequently, the reverse repo rate under the LAF stands revised to 5.15 per cent, and the marginal standing facility (MSF) rate and the Bank Rate to 5.65 per cent.

Also, the MPC decided to maintain the accommodative stance of monetary policy.

A Reuters poll on Wednesday, highlighted that, India`s rupee will recoup this year`s losses against the dollar over the coming 12 months, according to market strategists who said the issuance of sovereign bonds in foreign currencies may help prop it up. Rising political risk after India revoked the special status of Jammu and Kashmir state knocked the rupee on Tuesday, pushing it to a 5-month low of near 71 per dollar. Emerging market currencies tumbled on Monday following an escalation in the U.S.-China trade war, with the Chinese authorities allowing the yuan to weaken to above 7 per dollar for the first time in over a decade. The rupee fell 1.6%, its biggest drop since early December.

"In the second half of the year, what we are looking for is some sort of positive news on the U.S.-China trade war and maybe a little bit more (rupee) gains if the sovereign bonds issuance comes through," said Sakshi Gupta, senior Treasury economist at HDFC Bank in the Reuters report.

According to the duo, Chinese Yuan commands near 30% of the currency weight in EM currency index. As such, any weakness in CNY is likely to lead the index down. Hence, they said, “As indicated by the above charts, the rupee follows moves in MSCI emerging market currency index and Chinese Yuan, especially during phases of depreciation.”

Going forward, the ICICI Securities Research Analysts said, “Rupee is currently trading near 70.60 per US$. Following CNY’s move, it has space to weaken towards 72.5 in the current phase of depreciation.”

However, they added, “any cool-off in trade war escalation would be positive for the rupee. It would help it to appreciate towards 69.0 level as during current depreciation, crude oil has not moved higher.”

Mustafa Nadeem, CEO, Epic Research on RBI policy said, “The recent stance of the Fed by reducing the reserve rates and officially labeling China as Currency manipulator amid rising trade war tariffs is what have might be the issue on the table. The monsoon is slowly picking up while inflation remains under control. The headroom space was there and RBI is filling it.”

Budget 2019: Where does the rupee come from and where the rupee goes? Find out