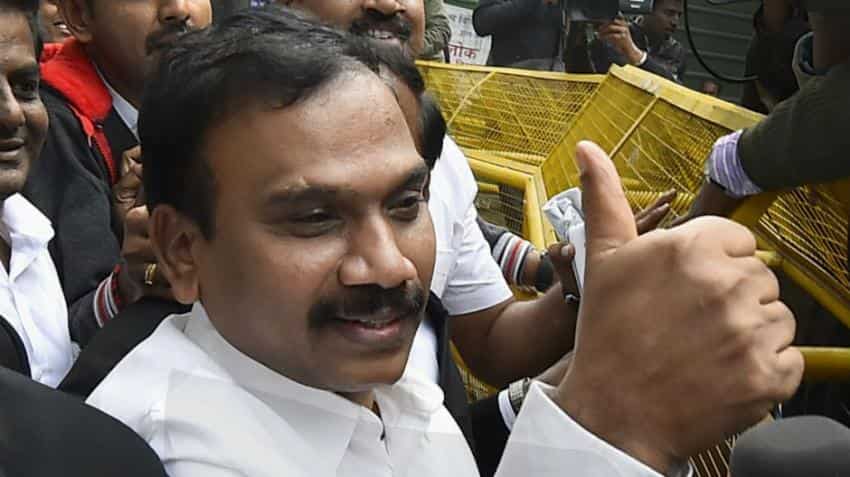 2G spectrum allocation case: The Enforcement Directorate on Monday moved an appeal in the Delhi High Court challenging a special court order acquitting former Telecom Minister A. Raja, DMK MP Kanimozhi and others in 2G spectrum money laundering scam case. The appeal against the December 21 judgement in based on a number of grounds, both factual and legal, an official said. The ED, which is probing financial irregularities in the case and assisting the Central Bureau of Investigation (CBI), questioned the special court`s verdict ignoring the findings of Supreme Court that has been keeping a regular tab on the investigation until the chargesheet was filed in the case.

As per the agency, the offence of money laundering as defined under Section 3 of Prevention of Money Laundering Act (PMLA) is, among others, based on the term proceeds of crime which the special court failed to appreciate. The court also failed on the point in which the crime is defined under Section 2(1)(u), which considers only the criminal activity instead of commission of an offence, the ED said, adding the acquittal by the court in PMLA prosecution by interpreting the term criminal activity to the extent of commission of an offence appeared to be "erroneous".

While announcing the judgment, special judge O.P. Saini had said the CBI and the ED had failed to provide sufficient evidence to prove the charges against 33 persons named in the case. The matter is belived to have contributed to the Congress-led UPA`s electoral loss in 2014.

ED, in its charge sheet, had alleged that Rs 2 billion was paid by Swan Telecom (P) Ltd (STPL) promoters to DMK-run Kalaignar TV. The CBI had alleged that there was a loss of Rs 309.84 billion to the exchequer in allocation of licences for the 2G spectrum which were scrapped by the top court on February 2, 2012.

The special court, which was set up on March 14, 2011 for hearing 2G cases exclusively, had also acquitted Essar Group promoters Ravi Kant Ruia and Anshuman Ruia and six others in a separate case arising out of the 2G scam probe. The first case, prosecuted by the CBI, had 17 accused, while the second matter, pursued by the ED, had 19 undertrials. The third one had eight accused including Essar promoters.