Beach destinations continued to be most sought after among international travellers, while domestic travellers are heading to beaches and desert, she said. 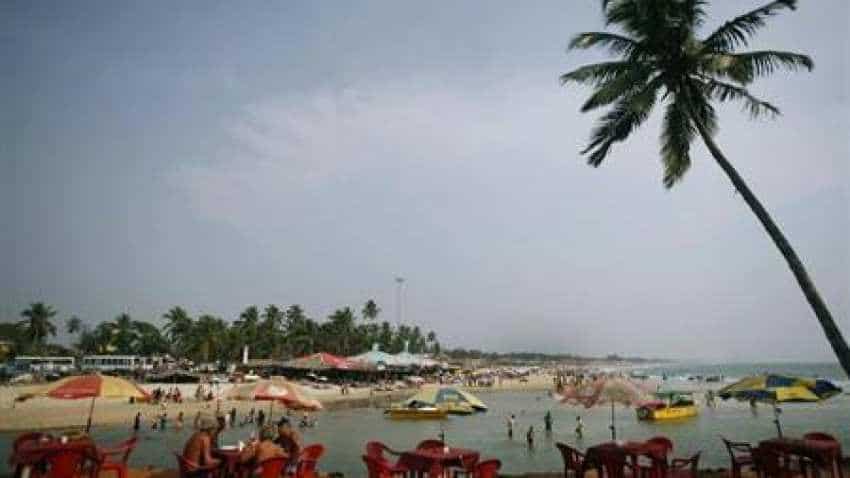 Beach destinations continued to be most sought after among international travellers, while domestic travellers are heading to beaches and desert, Image source: Reuters
Written By: PTI
RELATED NEWS

There has been growth of up to 25 per cent in Indians travelling during winters compared to last year with beach destinations and deserts remaining popular during this season, according to industry experts.

"There has been a substantial increase in the number of people travelling during Christmas and New Year. We have witnessed about 25 per cent more Indians opting to travel during this period. There has been a remarkable year-on-year increase in travel bookings from tier II and III cities for international travel," MakeMyTrip group CMO Saujanya Shrivastava told PTI here.

Beach destinations continued to be most sought after among international travellers, while domestic travellers are heading to beaches and desert, she said.

Goa, Udaipur, Jaisalmer and Manali topped the list this Christmas and New Year holiday, while Shillong, Belgaum, Gokarna and Darjeeling are the top growing domestic destinations.

Beach destinations including the Konkan region of Maharashtra, Goa and Andaman are trending the most followed by Rajasthan and snow destinations such as Manali, Sonmarg, Patnitop, Kufri and Auli, he said.

"The demand for domestic snow destinations has been surging since the past few years mainly for the fun activities such as skiing, snowball fight, snow tubing and snowmobile safaris," he said.

This year, many travellers from India are also flying off for international destinations like New York, Finland, Austria, Budapest, Norway and Canada during Christmas and New Year, he added.

Hospitality company OYO said there has been an increase in bookings at beach destinations too such as Goa, Puri, Pondicherry, Port-Blair, Alappuzha and Digha.

These destinations have seen a 66 per cent increase in bookings as compared to the 2017, winter holiday season.

Interestingly, colder destinations are witnessing an increasing trend of couples as well as family vacationers when compared to beach destinations.

OYO Hotels and Homes vice-president, conversions, Burhanuddin Pithawala said, "Technology is playing a huge role allowing all travellers, solo, couples as well as families and friends, to make and change plans in a jiffy with the help of their phones. Interestingly, solo travellers are the most significant contributors to bookings this holiday season."

According to OYO data the north India, Delhi, Jaipur, Shimla and Udaipur, are top destinations, whereas in south India, Hyderabad, Bangalore, Pondicherry, Kochi, Mysore, Ooty are top cities in terms of 2018 bookings.