bookings to theme parks  have grown considerably and the demand is likely to double in the next five years, according to industry experts. 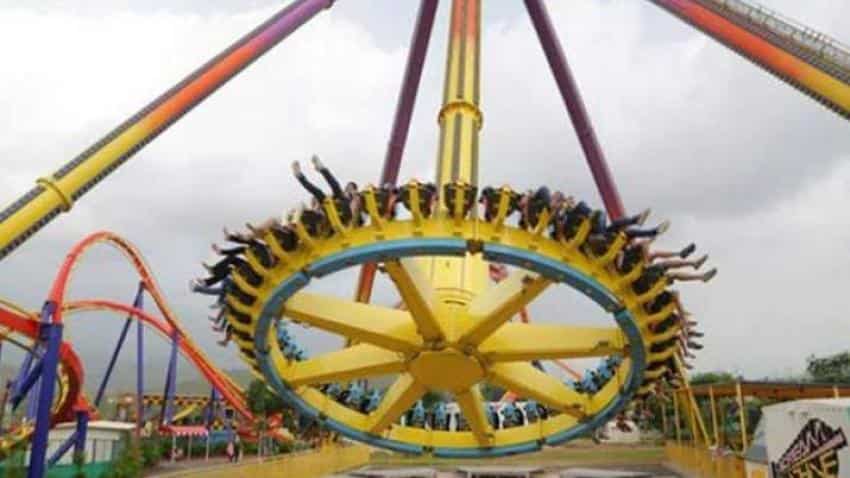 bookings to theme parks have grown considerably and the demand is likely to double in the next five years, according to industry experts.Image source: PTI
Written By: PTI

As theme parks continue to fascinate Indian travellers, bookings to such destinations have grown considerably and the demand is likely to double in the next five years, according to industry experts.
"There has been an increase of about 13 per cent in the bookings for domestic theme parks compared to 2017, whereas, we continue to witness an increase of close to 18 per cent for international parks," Cox and Kings head, relationships, Karan Anand told PTI.
He said the growth is picking up as its not about going there only on a vacation but also if there is an extended weekend, people like to take their children to those parks.

"Another trend that we have observed is that parents gift a theme park vacation to the children when they excel in studies or sports. We see the demand doubling in the next five years. Theme parks are destinations by itself and one does not have to go anywhere else," he added.
Indian travellers are letting South-East Asian countries take the lead with about 60 per cent of the total theme park bound traffic heading to these destinations, including the Lego Land in Malaysia, Disneyworld in Hong Kong and Universal Studios in Singapore, Anand said.

Indians make most of the school vacations for going to theme parks and since majority of the visitors are families with children, the peak season start from April and goes until June-July, after which traffic resumes in October.
"However, we see a considerable growth in the number of youngsters visiting as well. The Bollywood parks and water sports parks are a big hit among them. Hence, we can see the season gradually extending to September," he added.

Anand said, theme parks are evolving to attract different segments of travellers.
"Women-only groups, couples with no kids, youngsters and also certain percentage of solo travellers from India to get attracted to these parks," he said. Dubai Bollywood Park, Universal Studios in Sentosa Island of Singapore, Universal Studios in Japan, Harbin Ice in China, Ocean Park in Hong Kong and Yas Waterworld in Abu Dhabi are some of diverse parks that are wooing other travellers' segments from India, he said.

Meanwhile, Expedia India marketing head, brand, Manmeet Ahluwalia said the Indian theme park industry is growing at 11-13 per cent mostly from metro cities in like Pune, Ahmedabad, Jaipur, Surat, Indore, Bhopal and Jalandhar.
He said, "though the bookings for theme parks are on throughout the year, we have noticed summer vacations are the peak season."The bookings are usually done for 3-4 days as most of the international parks have passes valid for multiple day use, he added.
Nikhil Ganju, country manager, TripAdvisor India said, theme parks are always a fun activity to consider no matter what type of traveller you are.
In fact, he said, out of the top 15 most popular international destinations Indians are travelling to this summer to at least 10, including Bali, Phuket, Singapore, Dubai, London, Paris, Bangkok, Pattaya, New York and Hong Kong - which have theme parks that offer unforgettable experiences for all age groups.