2.0 box office collection to 'arrest' Thugs of Hindostan on Day 1? Get ready for Double SURPRISE!

2.0 box office collection: The hype around this Rajinikanth, Akshay Kumar starrer may break the Day 1 collection record of Thugs of Hindostan (ToH). 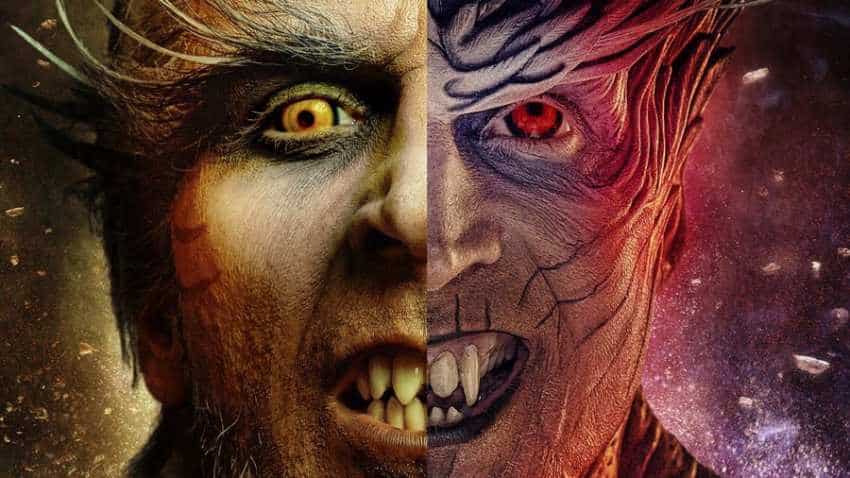 With the hype growing so strong, it won't be surprise that all languange collection of the film crosses Rs 50 crore in a flash. Image: Twitter
Written By: ZeeBiz WebTeam
RELATED NEWS

2.0 box office collection: The hype around this Rajinikanth, Akshay Kumar starrer may break the Day 1 collection record of Thugs of Hindostan (ToH). Starring Aamir Khan and Amitabh Bachchan, the film had earned Rs 52 crore on Day 1.  2.0 is a sequel to Robot (Enthiran, 2010). Trade analysts have told zeebiz.com that '2.0' may break many big Box Office records. "Directed by S Shankar and featuring mega-stars like Rajinikanth and Akshay Kumar, under the banner of Karan Johar's Dharma Productions, the film may earn Rs 25 to 30 crore  (Hindi collection) on day 1," film critic and trade analyst Akshaye Rathi had said a week.

With the hype growing so strong, it won't be surprise that all languange collection of the film crosses Rs 50 crore in a flash. Trade analyst Sumit Kadel had tweeted, "2.0 will have a biggest Indian release ever at the overseas market. Reports are that film is going to be released on 2000+ screens internationally."  According to Bollywood Life, the film has already earned Rs 120 crore in terms of theatrical advance!

Rajinikanth and Akshay Kumar starrer '2.0' is releasing tomorrow worldwide. Two big surprises, however, awaits the cinemagoers. The trailer and the promotion of the movie has created a tremendous hype for the movie. The expections are much high with this movie in which Akshay Kumar has surprisingly decided to play the lead negative character, while Rajini play the hero just when he was rumoured to become a full time politician. So, no matter how the film turn out to be, the entire experience would the first surprise awaiting the audience. There is also a second surprise.

Before the cinemagoers would get to enjoy the antics of 'Chitti' - one of Rajinikanth's character in the film -  they will be greeted by the amazing Spiderman!

'Spider-Man: Into the Spider-Verse' is an animated film but loved by many reviewers. The Verge calls it "dazzling, hilarious, and unique". The reviewer wrote, "he comics-inspired visuals are stunning, and the emotional coming-of-age story is relevant and inspiring, even as it acknowledges the many Spider-Man movies that have come before it." Vox.com has written that the movie makes the Spider Man "feel original again".