In the first Bi-monthly Monetary Policy Statement 2019-20, RBI announced that "the reverse repo rate under the LAF stands adjusted to 5.75 per cent, and the marginal standing facility (MSF) rate and the Bank Rate to 6.25 per cent." 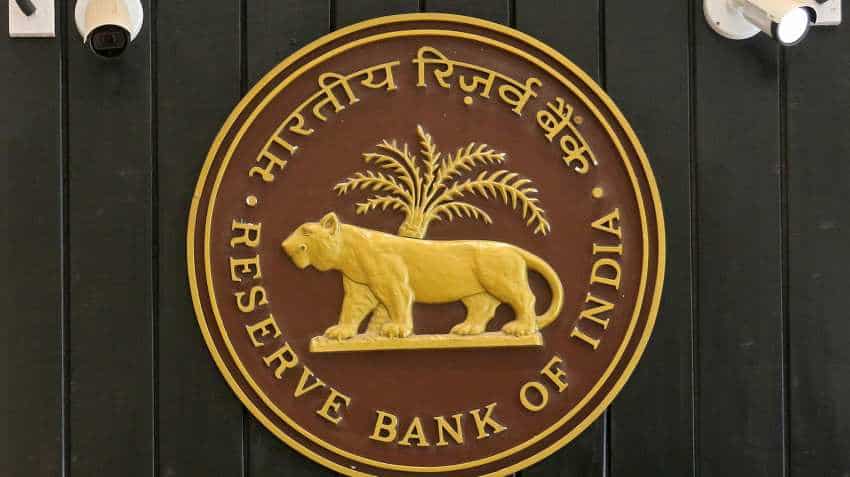 Retail inflation, measured by y-o-y change in the CPI, rose to 2.6 per cent in February after four months of continuous decline. Image source: Reuters
Written By: ZeeBiz WebTeam
RELATED NEWS

In an expected move to boost the economy, the Reserve Bank of India (RBI) Governor Shaktikanta Das today cut its benchmark interest rate by 25 basis points, and kept its monetary policy stance "neutral" despite subdued inflation. The six-member monetary policy committee (MPC) reduced the policy repo rate under the liquidity adjustment facility (LAF) by 25 basis points to 6.0 per cent from 6.25 per cent with immediate effect, according to the RBI statement.

In the first Bi-monthly Monetary Policy Statement 2019-20, RBI announced that "the reverse repo rate under the LAF stands adjusted to 5.75 per cent, and the marginal standing facility (MSF) rate and the Bank Rate to 6.25 per cent."

1. Domestic Economy: The second advance estimates for 2018-19 released by the Central Statistics Office (CSO) in February 2019 revised India’s real gross domestic product (GDP) growth downwards to 7.0 per cent from 7.2 per cent in the first advance estimates. Domestic economic activity decelerated for the third consecutive quarter in Q3:2018-19 due to a slowdown in consumption, both public and private. However, gross fixed capital formation (GFCF) growth
remained in double digits for the fifth consecutive quarter in Q3, with the GFCF to GDP ratio rising to 33.1 per cent in Q3:2018-19 against 31.8 per cent in Q3:2017-18, supported primarily by the government’s thrust on the road sector and affordable housing. The drag on aggregate demand from net exports also moderated in Q3 due to a marginal acceleration in exports and a sharp deceleration in imports led by a decline in crude oil prices.

2. On the supply side, the second advance estimates of the CSO placed the growth of real gross value added (GVA) lower at 6.8 per cent in 2018-19 as compared with 6.9 per cent in 2017-18. GVA growth slowed down to 6.3 per cent in Q3 due to a deceleration in agriculture output from the record level achieved in the previous year. Industrial GVA growth remained unchanged in Q3, with manufacturing GVA growth slowing somewhat. Services GVA growth also remained unchanged in Q3; while growth in construction activity accelerated, there was some loss of momentum in public
administration, defence and other services.

4. Of the high frequency indicators of industry, the manufacturing component of the index of industrial production (IIP) growth slowed down to 1.3 per cent in January 2019 due to automobiles, pharmaceuticals, and machinery and equipment. The growth of eight core industries remained sluggish in February.

5. Credit flows to micro and small as well as medium industries remained tepid, though they improved for large industries. Capacity utilisation (CU) in the manufacturing sector, however, as measured by the Reserve Bank’s order books, inventory and capacity utilisation survey (OBICUS), improved to 75.9 per cent in Q3 from 74.8 per cent in Q2 exceeding its long-term average; the seasonally adjusted CU rose to 76.1 per cent from 75.4 per cent.

6. The business assessment index of the industrial outlook survey (IOS) points to an improvement in overall sentiments in Q4. The manufacturing purchasing managers’ index (PMI) remained in expansion zone for 20th month in March. The key indicators of investment activity contracted, viz., production of capital goods in January and imports of capital goods in February.

7. High frequency indicators of the services sector suggest significant moderation in activity. Sales of commercial vehicles contracted during February. Other indicators of the transportation sector, viz., port freight traffic and international air freight traffic, also contracted. However, indicators of the construction sector, viz., consumption of steel and production of cement, continued to show healthy growth. The hotels sub-segment showed some improvement in foreign tourist arrivals in January and international air passenger traffic in February. The services PMI continued to be in expansion zone for the tenth consecutive month in March 2019.

8. Retail inflation, measured by y-o-y change in the CPI, rose to 2.6 per cent in February after four months of continuous decline. The uptick in inflation was driven by an increase in prices of items excluding food and fuel and weaker momentum of deflation in the food group. However, inflation in the fuel group collapsed to its lowest print in the new all India CPI series.

9. Within the food group, deflation in four sub-groups – vegetables, sugar, pulses and fruits – continued in February. Egg prices moved into inflation after remaining in deflation in previous three months, while inflation ticked up in all other food sub-groups.

10. Inflation in the fuel and light sub-group collapsed from 4.5 per cent in December to 1.2 per cent in February. Prices of liquefied petroleum gas (LPG) declined sharply, pulled down by the lagged impact of the softening of international energy prices. The prices of firewood, with the second largest weight in the fuel group, also declined. Electricity slipped into deflation in January and February. Inflation in kerosene remained elevated, however, reflecting the impact of the calibrated increase in its administered price.

12. Inflation expectations, measured by the Reserve Bank’s survey of households, declined in the February round over the previous round by 40 basis points each for the three months ahead and for the one year ahead horizons. Firms participating in the Reserve Bank’s industrial outlook survey of manufacturing companies reported reduction in input price pressures, but they expected an increase in staff expenses in Q1:2019-20. Farm and industrial input costs increased at a slow pace in JanuaryFebruary 2019. Nominal growth in rural wages and staff costs in the organised manufacturing and services sectors remained muted in Q3:2018-19.