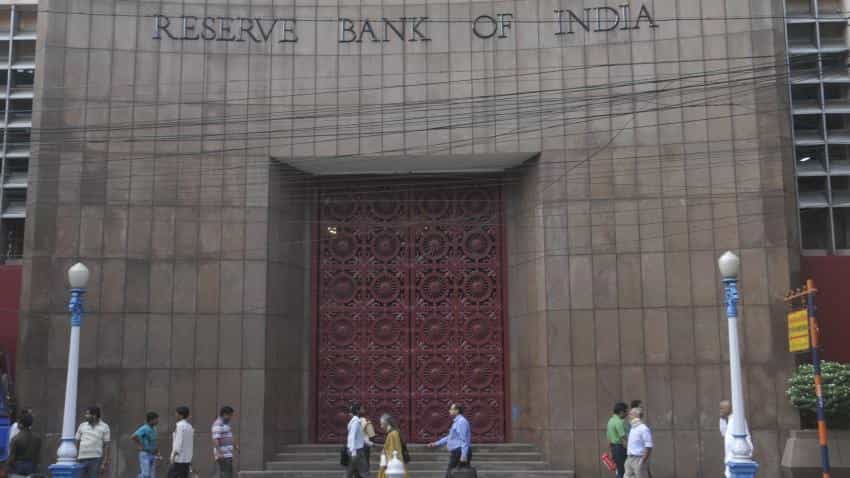 The Reserve Bank of India (RBI) is just few hours away in announcing India's fourth bi-monthly monetary policy data for the financial year 2017-18 (FY18) on October 04, 2017.

RBI, in August 2017 policy, reduced the policy repo rate under the liquidity adjustment facility (LAF) by 25 basis points from 6.25% to 6% with immediate effect.

In the first quarter of FY18, India's economy grew at slowest pace in five years. The Q1FY18 GDP came in at 5.7%, a marked decline from the 7.9% growth in the corresponding period last year.

Weak performance was mainly on account of disruptions caused by demonetization and GST implementation.  However, the SME segment has been under more pressure and would take some more time to normalize operations.

Total area under cultivation declined by 0.7% to 1049.42 lakh hectares as of September 15, 2017 compared with corresponding period last year, with particularly sharp reductions in oilseeds (-8.8%) and pulses (-3.5%) on account of uneven geographic spread of monsoons as well as deviations in the month-wise distribution of rainfall compared with the long period average.

Credit and Deposit growth for the financial year so far:

Growth in deposits contracted by (-) 0.1% between April - September 2017 versus growth of 5.1% in the corresponding period last year.

Lower bank deposit growth was due to moderation in the inflow of deposits into banks following demonetization. It can also be attributed to the shift in investor preference to other assets viz. stock markets/ mutual funds that have been giving higher returns.

Deceleration in credit growth also highlights the role of supply side factors – stressed assets and capital constraint – in hindering a revival in the credit cycle.

Excess money with the banking system:

Outstanding reverse repo borrowings by banks was 34% higher in August, 40% higher as on May and 50% higher in April compared with the amount as on September 27,2017.

Increase can be attributed to constraints in bank lending and faster transmission of the policy rate cuts in these markets.

Care Ratings said, "The GSec yields particularly started increasing following the RBI policy rate cut of 25 bps on August 2 ‘2017 as markets expected a higher cut in the policy rates. During the month, the yields rose by as much as 14 bps. However, sustained demand for the securities helped curtailed the rise in yields."

Higher number came in as a result of increasing food inflation ( viz increase in prices of vegetables and fruits) and waning base effect. Core inflation, too, still remains in the range of 5% and all the non-food components witnessed an increase in Aug’17 over the previous month.

The increase in WPI, as was the case with retail inflation (CPI), was due to higher food, vegetables and fuel prices. Even manufactured products prices are seeing upward pressure as international commodity prices continue to move higher.

IIP increased 1.2% year-on-year in July 2017, in line with market consensus and following an upwardly revised 0.2% drop in the previous month.

Subdued manufacturing and mining activity resulted in lower growth numbers for the period that was mainly attributed to the continued business disruptions caused by implementation of GST.

International oil prices witnessed an increase with WTI and Brent prices increasing by 3.8% and 8.9% respectively so far in FY18.

Care said, " Oil prices are likely to remain under pressure on an expected reduction in global production given OPEC members has reached a compliance level of 116%, the highest level since the start of the Declaration of Cooperation."

As per monthly trends, the rupee strengthened in the month of April and May on account of continued foreign inflows into the Indian equity markets and weakening of dollar as a result of growing concerns over US President’s Donald Trump ability to deliver his policies.

Many analysts are expecting a status quo in October policy considering the above mentioned scenario. The only time policy rates have gone below 6% was in 2008, in the peak of the global economic crisiS.