Putting forth his target for Chambal Fertilizers, he said the first target should be 215, and second target would be 229, with a slight stop loss which has been witnessed for the last 2-3 days. 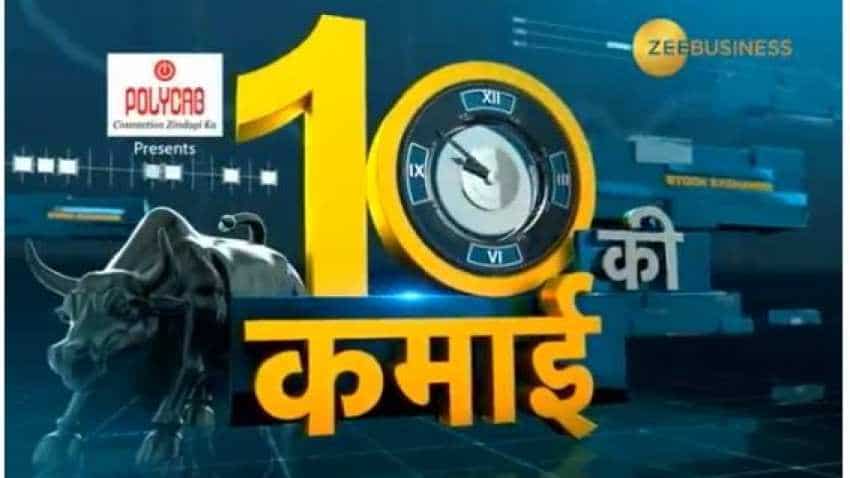 Jay Thakkar, AVP, Anand Rathi Financial Services, chose Chambal Fertilizers as the key stock for earnings in stock market, during Zee Business TV's '10 KI Kamai' show on Wednesday morning. Giving his investment call, Jay Thakkar also divulged his another favourite stock in the cement sector and that is Ramco Cement. Talking about his reason behind giving investment call in favour of Chambal Fertilizers, Jay Thakkar said that this stock has a very clean record, besides being technically very perfect. He said that it has also started witnessing uptrend and it is trading at 189 to 190.

Putting forth his target for Chambal Fertilizers, he said the first target should be 215, and second target would be 229, with a slight stop loss which has been witnessed for the last 2-3 days. However, this should not go below 175, and with a stop loss of Rs 15 targets are also seen to be around Rs 40.

About his second target, Jay Thakkar said that in the recent period this stock has been in the trend, and this is in the cement sector, adding that within that sector is Ramco cement which is showing good uptrend. The dip witnessed in past 2-3 days should rather be utilised as buying opportunity.

From rollovers point of view, he said that in March to April series, as well as in April to May series rollovers have been good and the same is still prevailing, therefore with a stop loss of 795, Ramco's first target would be 845, and second target should be 860.

Notably, Chambal Fertilisers and Chemicals Limited is one of the largest private sector fertilizer producers in India. Promoted by Zuari Industries in 1985, the company has two hi-tech nitrogenous fertiliser (urea) plants at Gadepan in Kota district of Rajasthan, producing about 2 million MT of Urea per annum. It caters to the need of the farmers in 12 states in northern, eastern, central and western parts of the country, and is the lead fertiliser supplier in Rajasthan.

According to JM Financial, "the Ramco Cement Ltd. (Ramco) reported 22% YoY revenue growth in 4QFY19 primarily on cement volume growth of 20%; growing on improvement in sales volume in Southern and Eastern regions. Realisations improved by 1.5% YoY (+5.6% sequentially). Blended EBITDA/t declined marginally (-1% YoY) as increase in power/fuel cost was offset by improvement in realisation."