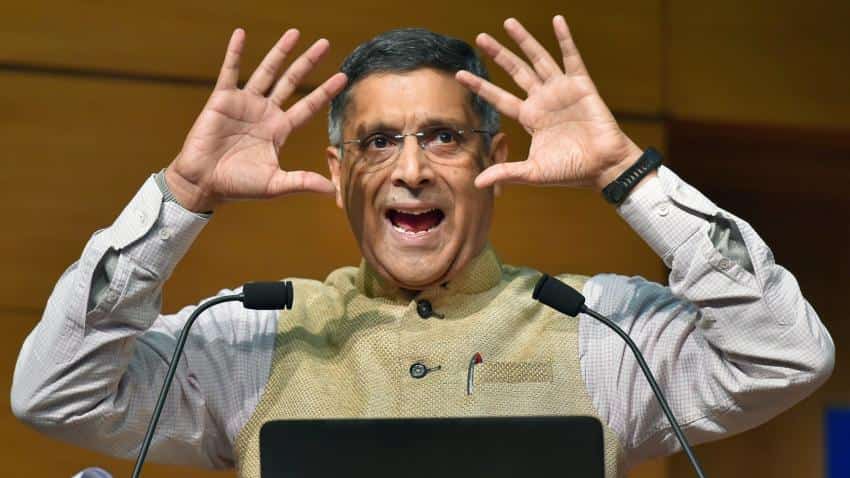 "I can bet ... Within the next two years, at least one or two states will implement UBI," Subramanian told reporters. Image source: PTI
Written By: ZeeBiz WebTeam

"I can bet ... Within the next two years, at least one or two states will implement UBI," Subramanian told reporters here.

Universal basic income (UBI) will guarantee all citizens enough income to cover their basic needs and would be easier to administer than the current anti-poverty schemes, which are plagued by waste, corruption and abuse.

Here are the highlights of the Economic Survey: