New academic session in colleges, varsities in Bengal to start in December 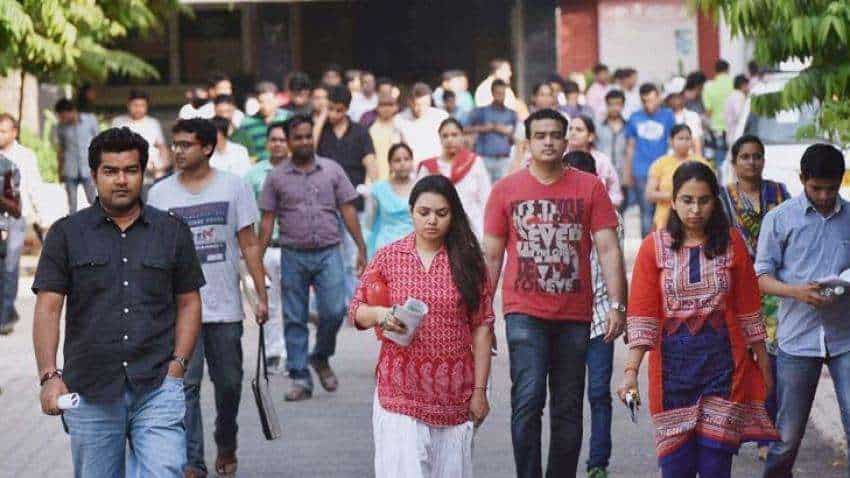 Education Minister Partha Chatterjee said that in view of festivals in the entire month of November, the meeting decided to start both UG and postgraduate academic sessions for 2020-2021 from December 1
Written By: PTI
Edited By: ZeeBiz WebTeam
RELATED NEWS

A meeting between Vice- Chancellors of state universities and West Bengal Higher Education Minister Partha Chatterjee on Sunday resolved to start the new academic session of both undergraduate and post graduate levels in colleges and universities from December 1.

Education Minister Partha Chatterjee told a press meet on Sunday evening that in view of festivals like Lakshmi puja, Kali puja/Diwali, Chhat puja, Jagaddhatri puja lined up in the entire month of November, the meeting decided to start both UG and postgraduate academic sessions for 2020-2021 in colleges and universities respectively from December 1.

Chatterjee said, "As we need to sanitise the institution premises before starting the academic session in full course, we have to take into account the four-five festive days when no work will be possible. So it will be in the fitness of things to start the new sessions from December."

He said since most universities have already adopted online teaching for the mid semester courses and providing course materials to students who don't have online facilities, starting the new session won't be hopefully of much problem.

"Still whether the classes will be entirely online or there will also be offline mode of teaching will depend on the situation at that time," the minister added.

He said the "decision taken at today's meeting will be communicated to Chief Minister Mamata Banerjee."

"The government will finally announce the dates of new academic session in UG and PG and all higher educational institutions will start their first year classes accordingly," he said.

A Vice-Chancellor of a prominent state university in the city who attended the virtual meeting told PTI it was initially decided to start first year undergraduate classes in colleges from November 1 and postgraduate classes from December 1.

However, as the festive season falls in end October and the major part of November, many participants at the meeting later pointed out the difficulties to start UG classes in November and the minister finally decided with the consent of others to begin the new academic session both at PG and UG levels from the same date, the VC said.

"As per the UGC advisory, we have to start the UG and PG classes for 2020-21 academic session without much delay. Hence it was agreed at the meeting that the classes will commence after the admission procedure gets over," he said.

While admission to UG level will be over by October 31, the admission procedure in PG level can be completed only during the end of November.

In another important decision, the universities decided to reserve 80 per cent of total seats under different PG courses for students who had studied UG courses under the colleges, affiliated to the university, or studied in the UG course at the same university (like Jadavpur University), a higher education department official said.

"This was necessitated as due to the pandemic situation and curb in transport, movement of students outside Bengal has been difficult and they might face difficulties to enrol in higher education institutions located outside the state," he said.

The minister and the VCs decided not a single student will be left out in the online class module and each university will decide on its own how to make the classes inclusive for students living in urban and rural areas in consultation with the faculty and student representatives, the VC said.