The Supreme Court has declined to entertain a petition seeking orders to relevant authorities for rescheduling or deferring the NEET UG- 2021 exam. 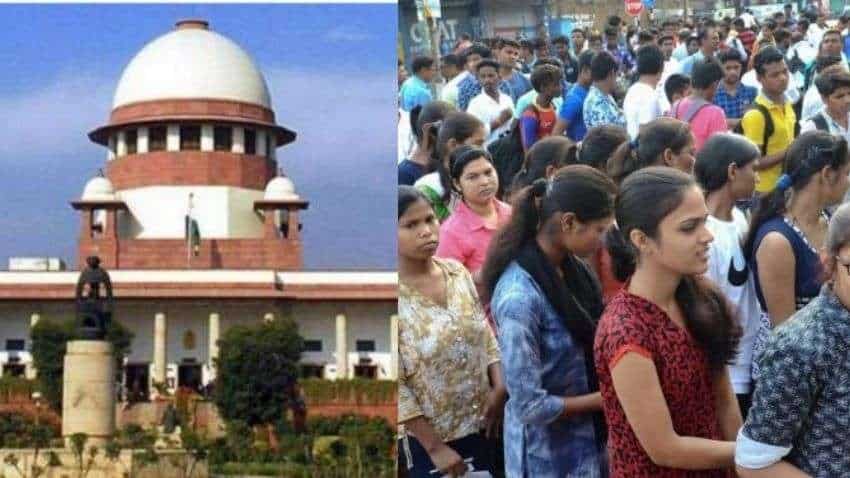 The Supreme Court has declined to entertain a petition seeking orders to relevant authorities for rescheduling or deferring the NEET UG- 2021 exam. Source: PTI

NEET Exam Supreme Court: There is an important update for the NEET UG 2021 candidates. The Supreme Court has declined to entertain a petition seeking orders to relevant authorities for rescheduling or deferring NEET 2021.

News agency ANI has tweeted from its official Twitter handle about this update. The tweet said, "Supreme Court declines to entertain a petition seeking orders to relevant authorities for rescheduling or deferring the NEET UG- 2021 exam."

Nevertheless, a bench headed by Justice A M Khanwilkar said if students want to appear in multiple exams, then they need to prioritise and make a choice as there may never be a situation where everyone is satisfied with the date of exams, said an ANI report.

The ANI report further stated that the apex court said, however, that the petitioners will be at liberty to make a representation before the competent authorities on the issue and the same may be decided at the earliest in accordance with the law.

The bench, also comprising justices Hrishikesh Roy and C T Ravikumar, said to advocate Shoeb Alam who was appearing for the petitioners, "The arguments which you (counsel for petitioners) are canvassing may not be relevant for 99 per cent candidates. For one per cent candidates, the entire system cannot be put on hold."

Coming back to the Supreme Court hearing,  ANI also reported that when Alam said that around 25,000 students will be appearing in either improvement or compartment examinations for class 12, the bench observed that only around one per cent candidates go for that. Alam argued that medical entrance exam NEET-UG 2021 be deferred as many other examinations are scheduled around September 12.

"If you are to appear in multiple examinations, then you need to make choice," the bench said. The bench further added, "You have to prioritise. You must also be conscious that any deferment is likely to clash with some other examination." The bench also informed that the respective boards would do their job and the court will not interfere with examinations in such a situation. It also said deferment of exams might affect the next course and whole thing will be prolonged.

The apex court was hearing a petition seeking deferment of the examination on the ground that several other exams are scheduled during the period.

It has to be noted that last year, the NEET was conducted on September 13 amid strict precautions in view of the COVID-19 pandemic. A total of 13.66 lakh candidates had appeared in the exam of whom 7,71,500 qualified.

NEET UG 2021 counselling: Filing for preferred seats begins from today, to end on this date - Check registration process, seat matrix and other details

NEET PG 2021 counselling starts from today: Here are the important updates that candidates must know