The Board of Directors of ZEE Entertainment Enterprises (ZEEL)  unanimously provided an in-principal approval for the merger between ZEEL and Sony Pictures Network India (SPNI). 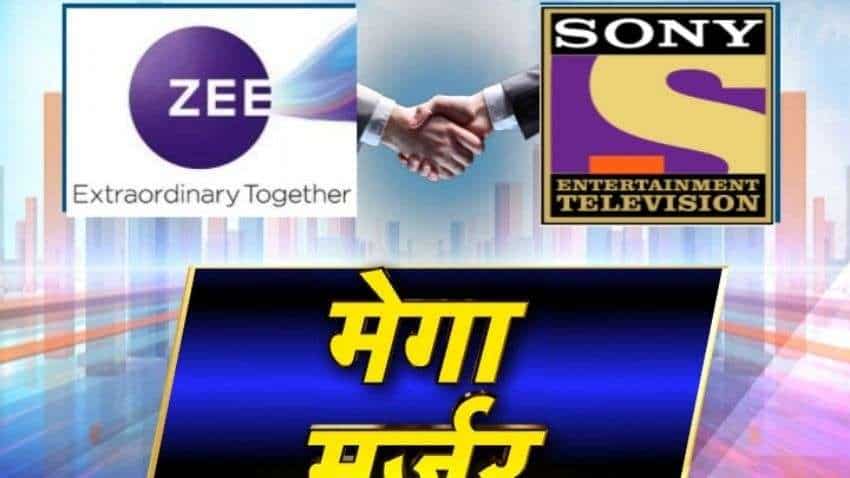 The Board of Directors of ZEE Entertainment Enterprises (ZEEL) unanimously provided an in-principal approval for the merger between ZEEL and Sony Pictures Network India (SPNI). Source: zee.com and setindia.com
Written By: ZeeBiz WebTeam
Edited By: Shivendra Kumar
RELATED NEWS

ZEEL-Sony Merger: The Board of Directors of ZEE Entertainment Enterprises (ZEEL)  unanimously provided an in-principal approval for the merger between ZEEL and Sony Pictures Network India (SPNI). There are certain pointers that people need to know about the Zee-Sony merger.

Who will be the MD and CEO?

Punit Goenka will continue as the Managing Director (MD) and Chief Executive Officer (CEO) even after merger of in-principal approval for merger with Zee Entertainment and Sony Pictures India.

Both parties will also be signing a non-compete agreement. The investors of ZEEL will likley have a 47.07 per cent share in the company.

How big is the ZEEL-Sony deal?

With this merger, ZEEL to get growth capital access to each other's content and digital platforms. On the other hand, Sony will get a chance to increase its presence in India.

ZEEL has its reach in 190 countries in 10 languages and with more than 100 channels. There has been a market share of 19 per cent in audience. The TV content is more than 2.6 lakh hours. There is also a big hold through Zee5 in digital space. Furthermore, 25 per cent of the films in the country are seen on Zee Network.

There are 31 channels in India with a reach in 167 countries. Sony has 700 million viewers in the country with 9 per cent market share in audience.