I always try to be above the industrial growth and this hope is backed by the efforts of my team, which has always proved it. I expect the same in next quarters too, said Punit Goenka, MD and CEO, Zee Entertainment Enterprises Ltd. 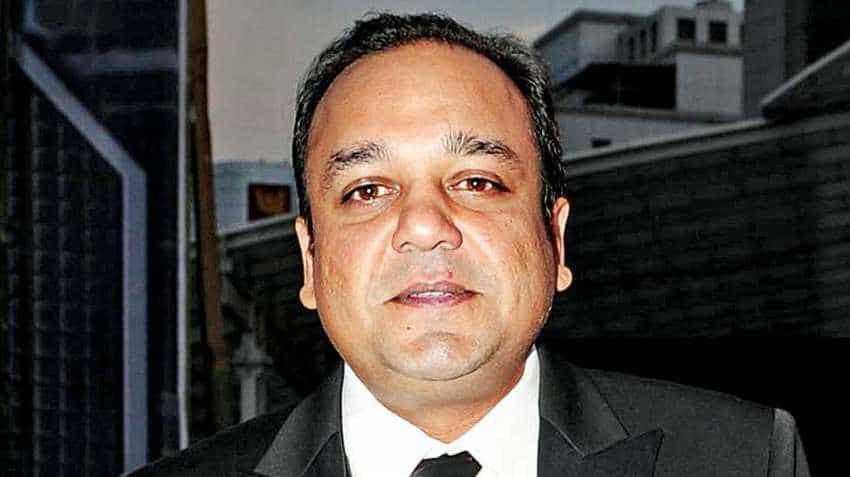 Punit Goenka said the industry is expecting low to mid-teens and we will deliver a better growth in Q4 too as the market share gains have not been completely monetised, yet. Image source: DNA India

Punit Goenka, MD and CEO, Zee Entertainment Enterprises Ltd (ZEEL), during an interview with Swati Khandelwal, Zee Business, spoke about the surprises of December quarter, process to maintain growth momentum and outlook on subscription revenue among others. Edited Excerpts:

Q: What were the surprises?

A: There were several surprises. On the domestic side, we have grown in the Hindi genre. In addition, we have grown in West Bengal and Tamil Nadu and achieved a stellar growth in Karnataka, apart from other general growth.
In addition, Zee5 has started monetising itself through advertisement in the third quarter. Similarly, advertisement revenue from the international market, which was stagnant for a long time, has grown by 40 per cent.

Q: Will you be able to maintain this growth?
A: I always try to be above the industrial growth and this hope is backed by the efforts of my team, which has always proved it. I expect the same in next quarters too.

Q: Let us know about the indication for Q4. Are we going to maintain this momentum of growth?
A: We will continue to grow. The industry is expecting low to mid-teens and we will deliver a better growth in Q4 too as the market share gains have not been completely monetised, yet. There is still more scope of monetising it.

Q: You were talking about 40 per cent growth in advertising revenue. Now, should we consider that you will be able to provide a double-digit growth (nearly 30 per cent) in the fourth quarter?
A: International markets continue to be volatile, but we will continue to grow, and it depends on the market that will perform better for us.

Q: Outlook on subscription revenue?
A: I feel that we will be able to deliver in the low to mid-teens, but the market will feel some disruptions due to new tariff order that will be implemented from February 1, 2019. The market will feel a short-time disruption. We have experienced the same during the dash, in which the consumers don’t exercise their choice until and unless the signal is not switched off. Thus, the market will feel a short-term disruption when the signals will be switched off, but we will be able to deliver the number by end of the year. And going forward in the next year, we will try to deliver on the low teens.

Q: Did Zee Keralam launch had any impact on the cost?
A: Three different reasons responsible for the rise in content cost are Zee Keralam, which is a fresh unit and is not comparable to last quarter; Zee Film Library, monetisation has started, where we went for aggressive investment in the last two years over films, now they are starting to pass through our P&L, and the third is our investment on content for Zee5 they are adding to this cost.

Q: Can you quantify the additions in the cost?
A: I can’t provide exact numbers but can say that there is a growth of18 per cent in all these three.

Q: You have talked about international business. Tell us about the market that can add to your growth?
A: Our growth will be seen from the Middle-East reason, which went to a low base due to the economic environment in certain countries and it is returning. We can see growth over there. We are also growing in Africa. Apart from this, we also have a German language channel, named Zee One, in Europe and that is seeing good traction in advertising.

Q: Any plan of expansion in terms of channels in Q4?
A: Yes, you will be able to see it some additions in the next financial year as we have plans to launch a Punjabi channel and two movie channels in Kannada and Bhojpuri. And, we are working on plans for the future.

Q: There is a new trend in regional TV and Gwalior TV is something that you have started. What are you expecting from it, in terms of response, and expansion plans in the segment?
A: If you look on the regional television, then you will find that 80 per cent advertisements that are being served on the platform are a national advertisement in nature. This is something that is limiting the opportunities for the local level or city specific advertisers to go for a video medium of advertisement. Where they, the local trader, should go. But, if you look at the developed economies then you will find that retail advertising constitutes almost 40-50 per cent of the advertising revenue. Thus, we have seen an opportunity and have started in from Gwalior on a pilot basis and then look forward to its expansion in other markets.

Q: How Zee5 is performing? What are your plans for it?
A: It has been performing well and I am quite pleased with its performance. Its monthly active users have gone up from 41.3 million in September to 56+ million in December. I feel the number will go up to 80-100 million in the next three quarters.

Now, we have moved towards subscription and this shift will be supported by the content that has been tested on the platform. The test talks about the type of data that is being liked by consumers. We have plans to launch one web-series in six different languages on monthly basis. I feel the consumer will be ready to pay if they are being provided with the quantum of content that they want.