You can win up to Rs 2 crore with Airtel TV 'Free Hit' IPL T20 quiz game; all details here

Users will just have to answer a set of questions related to the ongoing IPL T20 matches where they can win daily cash prizes from a total kitty of Rs 2 crore. 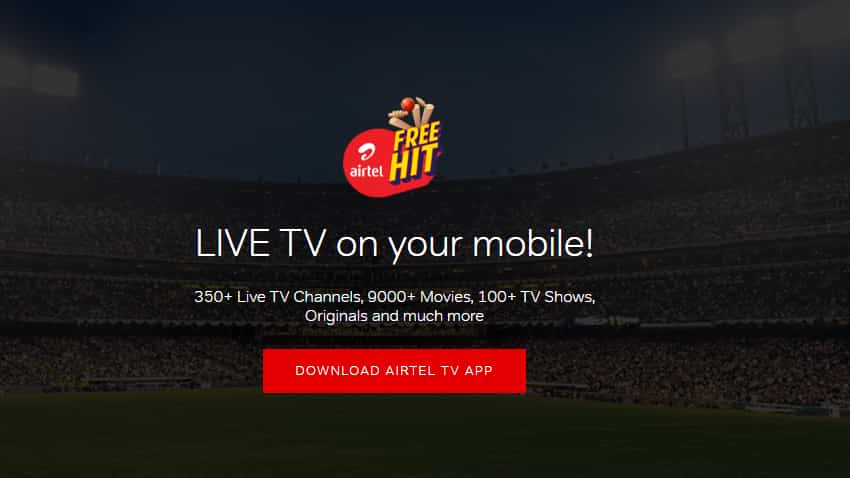 There is a massive craze for Indian Premier League (IPL) in India. The 2018 series has already begun, and telecom service providers are leaving no opportunity in trying to lure customers during the season considering high usage of internet in this time. But telecom giant Bharti Airtel has taken its game up to a new level in order to give tough competition to Reliance Jio. The Sunil Mittal managed company has now launched an ‘Airtel TV Free Hit’ which is an app-based quiz on its mobile application. This game quiz can help you win up to Rs 2 crore.

In the official statement, Airtel mentioned that users will have to answer a set of questions related to the ongoing IPL T20 matches, where users can win daily cash prizes from a total kitty of Rs 2 crore.

The new Airtel TV Free Hit will be available in two versions to customers. First would be Airtel TV Free Hit Live, which a user can play every day before a match at around 7.30 pm. The second would be non-live in which users can play the game with a T20 match telecast.

For playing this quiz, users will have to upgrade to the latest version of Airtel TV app and register themselves. Airtel TV app is a live TV and video streaming application by Airtel, which can be downloaded on any Android or iOS phones.

Under the live quiz, a user will have to solve a total of 11 questions about the ongoing match. The one who answers all correct will share the winning amount. A user will also get an option of ‘Life’ which will users avoid elimination. The option is active during the matches, and users can also extend ‘lives’ upon watching an existing game till the end. These lives can be utilized in the next game as well.

As for non-live version, a user gets activated in the beginning of every T20 match, where they just have to correctly analyse the match outcome and win cash instantly. It needs to be noted that, this version is meant specifically for sit-at-home cricket lovers. Users will be awarded with each correct answer, and after reaching the set target they become eligible to share winning amount.

One should remember, the winners of both version will be notified through the in-app notification. Also the quiz is available till entire duration of T20 series.

This Airtel move comes when it's rival Reliance Jio has launched ‘Cricket Play Along’ where users can win cash prizes by answering cricket-related questions.

Recently Airtel said, “There shall be no subscription cost charged to the subscriber for viewing the T20 cricket matches on Hotstar app, however, the data consumed shall be chargeable as per the subscriber’s existing network plan.”