Yes Bank clean-up to continue, as Gill shifts focus to get onto right side of regulator

Ravneet Gill, the new chief executive at Yes Bank wants to increase focus on compliance and governance two critical areas in which his predecessor Rana Kapoor was found wanting to ensure that the bank is on the side of the regulator. 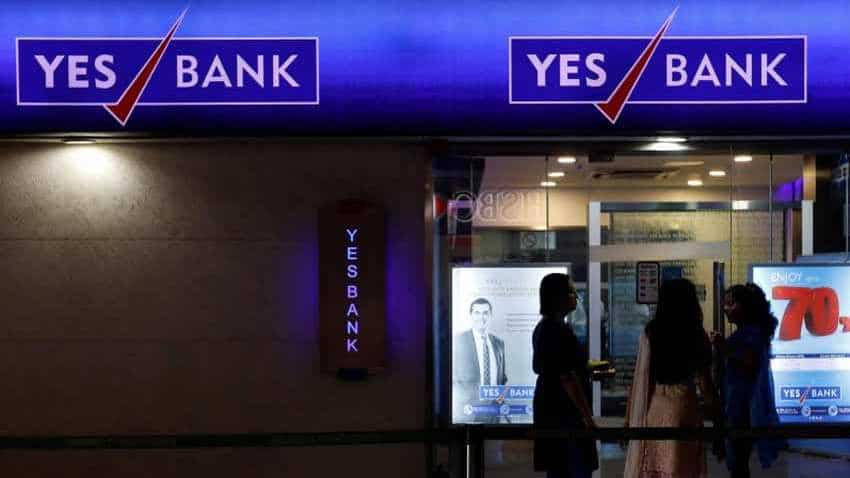 Explaining the same, Gill said the banks revenue at present is limited to interest income and some fees as it focuses merely on loan underwriting, but a cross-sell strategy can deliver better credit commissions. Reuters
Written By: PTI
RELATED NEWS

Ravneet Gill, the new chief executive at Yes Bank wants to increase focus on compliance and governance two critical areas in which his predecessor Rana Kapoor was found wanting to ensure that the bank is on the side of the regulator. This indicates that Gill is not only cleaning up the balancesheet which saw the fifth largest private sector lender announcing the first-ever loss of a whopping Rs 1,506 crore over the weekend, but also the governance practices, which led to the ouster of Kapoor by the regulator earlier this year. Among other deficiencies, the RBI had reportedly found serious lapses in governance and poor compliance culture at Yes Bank under Kapoor who was a co-promoter and chief executive, whom Gill succeeded in March after RBI asked to leave by end January due to a regulatory discomfort. Addressing analysts hours after shocking with a Rs 1,506-crore loss in the March quarter, Gill cited a recent meeting with a large MNC to cite perception issues.

The multinational, which banks with a foreign lender, wanted to undertake a large remittance transaction and came to Yes Bank to check if it can get the job done without the hassle of going through the RBI, something which the foreign lender insisted on. This is the perception that exists but we want to get away from that. We want to send out a very clear messaging to the market that we want to be very closely aligned with the regulator, by being on the side of the regulator and the regulator should be able to validate that, Gill said. Similarly, on governance too, he said the new leadership is very serious about confirming to the highest standards of governance and also set new industry benchmarks.

Over a period of time, weve attracted lots of regulatory scrutiny which were not exactly in our best interest, he admitted reasoning the need for a cultural change at the lender. Conceding that there may be a perception issue where the market even may stop trusting the numbers put out by the bank, Gill said he wants to set in greatest transparency by moving to conservative and prudent accounting. The move to take a Rs 2,100 crore contingency provision for the March quarter, the prime reason for the maiden loss shown by the bank, is the same and not kitchen sinking, Gill said.

We thought lets go and put it out there that we are setting a new course for ourselves in terms of transparency, Gill, who previously worked as the country head of German lender Deutsche Bank, said. In its communications before curtailing Kapoors term, RBI had reportedly said there is a persistent governance and compliance failure reflected by yes Bank's highly irregular credit management practices, serious deficiencies in governance and a poor compliance culture. On the operational front, Gill rued that there is a lot of centralisation on the market approach, especially on the retail side, and said this is something he will work on to deliver better returns.

The bank was very centralised from a decision- making perspective, which actually flies into the face of the logic that liabilities business has to be driven by bottom-up, he said. Gill admitted that only 30 percent of its 1,100 branches are profitable and it has initiated a branch-wise review that entails detailing key performance indicators and the business to be targeted. The aim is to make 80 percent of branches profitable by 2023 and make it 100 percent by 2025, he added. In what sounds like a departure from the extreme focus on retail under Kapoor, Gill said corporate lending will now become the calling card for the lender and the attempt is to only diversify the loan book. He also admitted that the bank lacks the needed focus on cross-selling and transaction banking, which will now be a key focus area.

Explaining the same, Gill said the banks revenue at present is limited to interest income and some fees as it focuses merely on loan underwriting, but a cross-sell strategy can deliver better credit commissions, forex fees, guarantee commissions etc and can help the bank bridge the gap with its peers from a fund-cost perspective, which is adrift at high 125-150 bps now. It can be noted that many lenders, especially those focused on corporates and wanting to grow their retail play, have lately adopted a cross-selling strategy, making it seem almost like a trend. Gill said while Yes Banks retail book may be small, it has grown impressively and is one of the best in industry.

Dhawan's ton in vain as KXIP beat Delhi by 5 wkts

CSK vs RR IPL 2020: For Rajasthan Royals, Jofra Archer has been amazing in every game, says skipper