Lei Jun, founder and CEO of Chinese smartphone maker Xiaomi has received shares worth nearly $1 billion as bonus and as promised, will donate all the shares, after deducting taxes to charity. 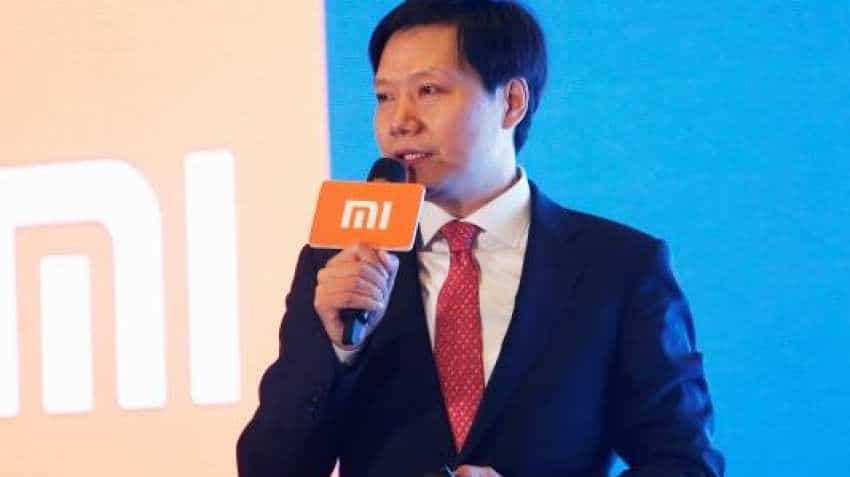 Lei has promised to donate all the shares for charitable purposes, after deducting taxes. (Reuters)
Written By: ZeeBiz WebTeam
RELATED NEWS

Lei Jun, founder and CEO of Chinese smartphone maker Xiaomi has received shares worth nearly $1 billion as bonus and as promised, will donate all the shares, after deducting taxes to charity. Jun is receiving the huge bonus for a year in which the company went public. And, he has decided to donate all of it for charity. Xiaomi in a regulatory filing on Wednesday said that Jun is receiving more than 636.6 million shares as a bonus for 'his contributions to the company.' The stock of the company is traded in Hong Kong.

Based on the stock's current market price, that accounts to about 7.54 billion Hong Kong dollars, or about $961 million in total. Xiaomi also said in the filing that Lei has promised to donate all the shares for charitable purposes, after deducting taxes. However, Xiaomi did not make it clear in the filing where exactly that money would go as the company did not make any comment in this regard.

The stock of Xiaomi has been falling since it went public in Hong Kong last July. The stock has witnessed a correction amid concerns about a slowdown in demand of smartphones in China. The problems for the company are not looking to ease due to severe competition from Samsung, Apple (AAPL) and Chinese rivals Huawei, Oppo and Vivo.

However, Lei can probably afford to donate his bonus even after accounting for the negative trading in Xiaomi's shares. According to real-time wealth trackers from Forbes and Bloomberg, he is still worth about $11 billion.

The Beijing-based Xiaomi was the world's fourth largest smartphone manufacturer in 2018, as per the market research firm IDC, after Samsung, Apple and Huawei. The number of handsets shipped increased by 32.2% over the period at a time when the wider market contracted by 4.1%, said IDC.