Riding on the back of stellar performance from Reliance Industries, Ambani’s wealth has now soared to over $47 billion, boosting him into the 11th rank in the richest man on earth list. 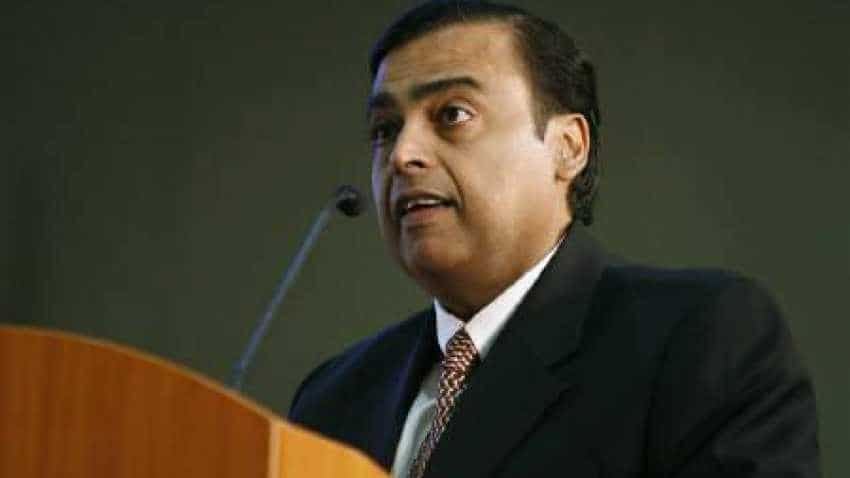 Year 2019 has already turned out to be very fruitful for Mukesh Ambani as his wealth continues to touch new heights virtually on a daily basis. Image source: Reuters

Year 2019 has already turned out to be very fruitful for Mukesh Ambani as his wealth continues to touch new heights virtually on a daily basis. Riding on the back of stellar performance from Reliance Industries, Ambani’s wealth has now soared to over $47 billion, boosting him into the 11th rank in the richest man on earth list. It's not just Ambani who has become richer than before, in fact every investor who holds RIL stock is rich by a huge measure and some have even translated the gains by turning crorepati courtesy the skyrocketing stock. Yes, it would not be wrong to call RIL a hot stock for investors as the company has managed to cross many milestones. For instance, RIL has become the first company in India to clock over Rs 10,000 crore profit in one quarter alone during Q3FY19. Not only this, RIL has once again snatched the largest company tag from TCS in terms of market value.

Due to this, Ambani has witnessed a massive surge in his wealth.

A group of individuals come together to fight a social evil in the country. Watch an inspiring documentary ‘The Path Of A Pioneer’ on @ZeeBusiness on January 26, 2019 at 6.30 PM to know more about a Social Innovation that could make a difference #PathofPioneer @DontOffendIndia pic.twitter.com/TTSwneaO1F

According to Bloomberg Billionaire Index, Ambani is now the 11th richest man on earth with wealth of $47.1 billion. So far this year, the RIL chief’s net worth rose by $2.75 billion. But what was most interesting to know is that, when RIL rocketed back to over Rs 1,200-level, Ambani’s wealth rose by a whopping $1.73 billion and that too in just one day’s time.

With this, Ambani is just a couple of  billions short of entering the top 10 richest men's club. Significantly, he is threatening to overtake founders of search-engine Google and Oracle Corporation.

Ambani follows Sergey Brin whose wealth stands at $51.4 billion on 10th rank, whereas Larry Ellison and Larry Page hold 9th and 8th rank with wealth of $52.7 billion and $52.8 billion respectively.

With this, the real question is, how much richer can Ambani and other investors become courtesy RIL going forward.

Ambani and other investors would be pleased about their prospects ahead. Why? Well, post Q3FY19 result, many analysts have given RIL a buy call.

Analysts at Sharekhan have Maintained a Buy on RIL with a target price of Rs 1,465 ahead.

Giving rationale to their rating, Sharekhan says, "We maintain our Buy rating on the stock with an unchanged price target (PT) of Rs. 1,465 as we believe that likely strong subscriber additions in telecom business, sustained high growth in retail business and boost to refining margin from IMO regulations would act as key catalyst for the stock. At the CMP, the stock is trading at 13.5x its FY2020E EPS and 12.8x its FY2021E EPS."

Also Jal Irani and Vijayant Gupta analysts at Edelweiss Securities said, "With the transfer and eventual sale of tower and fibre assets expected by March 2019, we expect value creation as: 1) past demergers (RIL-RCOM in 2005, Adani Enterprises in 2018 and Arvind group companies) have created over 40% value; 2) it is likely that RIL has lined up strategic buyers for eventual monetisation; and 3) a sale would lead to ~33% dip in debt with over INR1tn debt locked up in these assets."

Following which, Edelweiss finally said, "A demerger of non-core telecom assets could prove to be a game changer—in one go, RIL deleverages sharply, while also monetising these assets potentially at a large premium to book value. With the petcoke gasifier on schedule for March 2019 and an imminent FTTH roll out, there are multiple triggers for an upside. We maintain ‘BUY’ with TP of Rs 1415/share."

From the above, it is quite clear that Reliance Industries is set to give some hefty returns to its investors. But the potential does not end here for it, in fact, this Mukesh Ambani led company has been given a buy rating by CLSA with a price target of Rs 1,500.

On Reliance, CLSA said, "Compared to over 3x rise in Indian retail, organised retail may rise 9x in 10 Yrs. Co’s omni-channel strategy has all the ingredients to make it a leader." Hence, retains buy with Rs 1,500 target.

If you thought this would be enough, then to your surprise RIL is expected to clock a market cap of $300 billion in future course.

Harendra Kumar, Managing Director at Elara Capital says, “Reliance today is India’s largest consumer company with no comparable peers and a contemporary to FAANG (Facebook, Alibaba — replaced for Apple, Amazon, Netflix and Google). The vision and gumption of Mukesh Ambani is under appreciated & under priced and investors who ignore this will do so at their own peril.”

In Kumar’s view, the next decade will see Ambani leapfrog to the league of Jeff Bezos and Jack Ma as the market starts to discount the convergence and a new term eCommerce gets tagged to its already present retail, telecom and media ventures.

Breathtakingly Kumar adds, “Reliance will be at least USD 300bn in market cap (3x of today) if not more in the next five years — a CAGR of 24%. “

Hence, one can only imagine  the wealth its chief Mukesh Ambani and investors will bag in his kitty.  Without any doubt, RIL is set to break some big global records.