Paytm is undoubtedly one of the biggest success stories seen in the Indian startup ecosystem. The platform continues to grow and has played an important role in promoting the use of digital transactions. 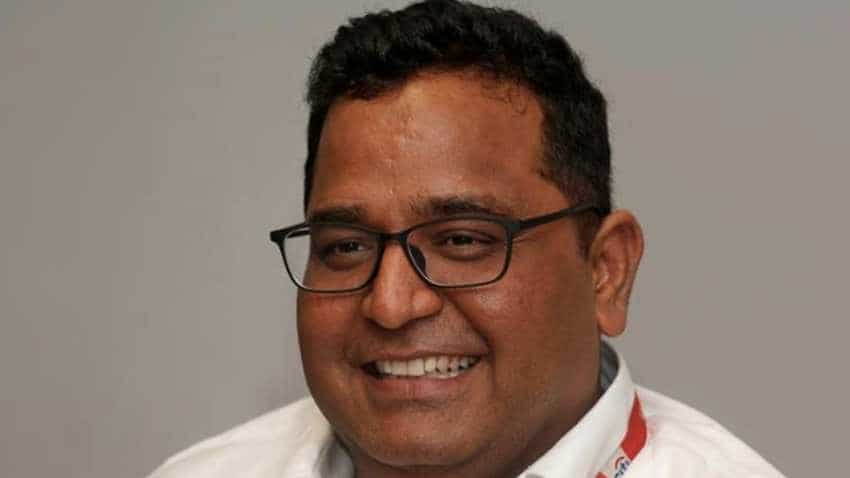 He will also get perquisites that include heads like vehicles, fuel expenses, accommodation, travel expenses, amongst others. Source - Reuters.
Written By: ZeeBiz WebTeam
Edited By: Harish Dugh
RELATED NEWS

Paytm is undoubtedly one of the biggest success stories seen in the Indian startup ecosystem. The platform continues to grow and has played an important role in promoting the use of digital transactions. But, have you ever wondered how much Paytm boss Vijay Shekhar Sharma earns? Well, the founder of this mobile payments solution platform is set to take home a salary of Rs 3 crore this fiscal, as per regulatory filings. The proposal pertaining to Sharma's remuneration was approved by members of One97 Communications Ltd at their Annual General Meeting on September 30, 2019, filings with the Corporate Affairs Ministry showed.

This is not the only amount Sharma will take home. He will also get perquisites that include heads like vehicles, fuel expenses, accommodation, travel expenses, amongst others. "...consent...is hereby accorded to approve the remuneration to be paid to Mr Vijay Shekhar Sharma, Managing Director of the Company for the financial year 2019-20, as recommended by the Board and Nomination and Remuneration Committee at their meetings held on September 4, 2019...," the filing said.

However, the filing did not say if the compensation for e-commerce and payments bank is included. The remuneration for Sharma stood at a similar level in the last fiscal.

Paytm is expecting a fresh round of funding from a  group of existing investors at a pre-money valuation of $15 billion. The Vijay Shekhar Sharma-led company is set to raise $2 billion in its second funding in about five months. According to a report by Bloomberg, China's Ant Financial, one of Paytm's earliest backers, and Japanese conglomerate Softbank Group Corp - which had pumped in $1.4 billion last year, the largest fund infusion by a single investor in a desi start-up - are among the investors.

Meanwhile, a recent filing by Microsoft had revealed that Satya Nadella has received a handsome paycheck of 42.9 million dollars (or Rs 306 crore) in total compensation for FY 2019. The Microsoft CEO got a raise of 66 per cent against the previous financial year and his base salary increased to 2,333,333 dollars in 2019 from 1,500,000 dollars in 2018. His stock awards, non-equity incentive plan compensation, other compensations have also increased. It may be noted that the financial year of Microsoft runs from July 1 to June 30.