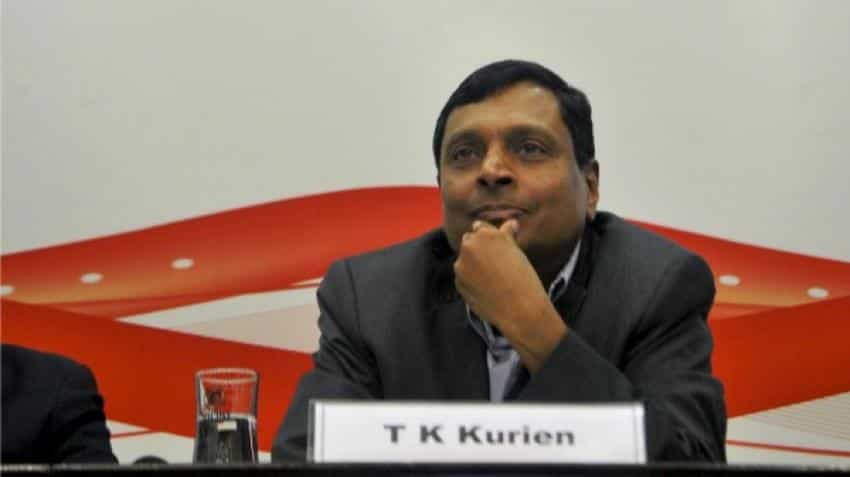 Software major Wipro`s Vice Chairman T K Kurien would join Premji Invest on February 1, a day after he retires from the IT firm on January 31, said the private equity firm of Chairman Azim Premji on Thursday.

"I am delighted to announce the appointment of Kurien as Managing Partner and Chief Investment Officer (CIO) of Premji Invest. With decades of experience in start-ups and enterprises and financial acumen, T K is best positioned to take our investment firm to the next level," said Premji in a statement.

Kurien will replace Prakash Parthasarathy in the executive post as the latter has decided to pursue entrepreneurial aspirations.

"Prakash has built an excellent organisation as its founding CIO and leaves behind a track record over the last decade, delivered with integrity and trust," recalled Premji on the occasion.

The decade-old city-based investment arm of Wipro`s czar has funded about 40 listed and private firms with a corpus of $1 billion (Rs 4,290 crore) since its inception in 2006.

The investments have been in the areas of finance, venture capital and IT.

"It is my privilege to have served Premji and his mission at the Foundation. It`s time for me to build a business when the organisation, portfolio and the leadership team is strong. I hope to carry Premji`s values through my life," said Parthasarathy.

"I am honoured by the trust reposed in me to lead Premji Invest, an important fiduciary organisation in supporting the philanthropic goals of Premji," said Kurien.

Though Kurien was scheduled to retire from the outsourcing firm on March 31, he advanced it to by two months to January 31.

Wipro elevated Kurien to the second top executive post a year ago and appointed Abidali Z Neemuchwala in his place as the Chief Executive Officer and Executive Director on the board.