Wipro CEO Abidali Neemuchwala, Infosys chief Salil Parekh, TCS chief Rajesh Gopinathan are three names that are very renowned in IT sector for taking their respective companies to a higher level due to their skills and knowledge. 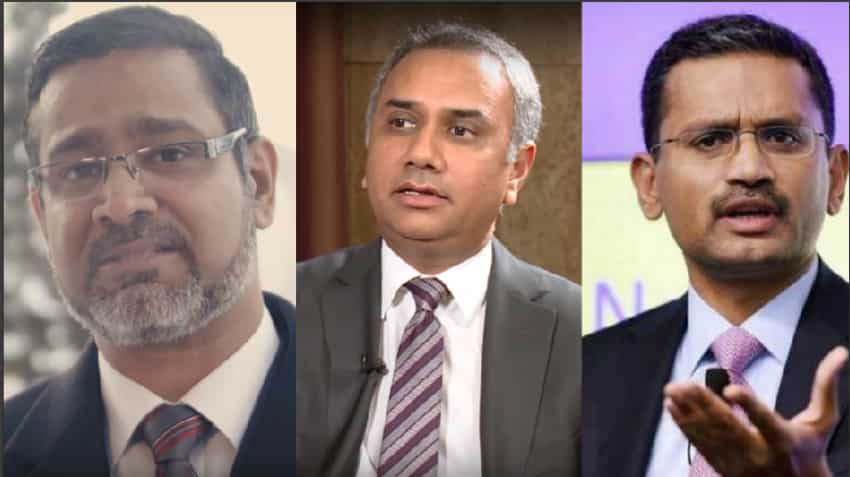 Three major IT giants namely Tata Consultancy Services (TCS), Infosys and Wipro have released their annual reports for the fiscal year FY18. From the annual reports of these companies, it was revealed that Wipro CEO Abidali Neemuchwala took home more than what was offered to  Infosys chief Salil Parekh and TCS chief Rajesh Gopinathan. It needs to be noted that during fourth quarter of FY18, only TCS managed to generate profits in its financial books when compared to those of the other two IT rivals. Despite making profit, the amount of salary Gopinathan took home was lowest compared to Parekh and Neemuchwala. Wipro CEO Abidali Neemuchwala, Infosys chief Salil Parekh, TCS chief Rajesh Gopinathan are three names that are very renowned in IT sector for taking their respective companies to a higher level due to their skills and knowledge. Let’s have a look, at what these three IT majors are offering their CEOs.

The latest to present its annual report was Azim Premji led Wipro. The company showcased that, their CEO and Executive Director Abidali Neemuchwala has received a massive over 35% hike in his salary by end of the fiscal.

Remuneration comprises of salary, allowances, commission, performance based payments, perquisite and Company’s contribution to provident fund and superannuation as per the definition contained in Section 2(78) of the Companies Act, 2013 paid during the year. It also includes perquisites value of Restricted Stock Units (RSUs) exercised, if any, by employees.

Wipro missed analysts estimates  in terms of consolidated net income for the fourth quarter ended March 2018 results, as the company posted income of Rs 1,800.80 crore in Q4FY18 witnessing a decline of 20.56% compared to net income of Rs 2,267 crore in the corresponding period of the previous year.

Rajesh Gopinathan who joined TCS in 2001, has received a salary of Rs 12.49 crore in FY18. His salary included commission of Rs 10 crore this fiscal.

It needs to be noted that, Gopinathan took charge of CEO position at TCS last year in February month. Before that, Gopinathan was Chief Financial Officer (CFO) for which he received only Rs 6.22 crore from April 2016 to February 2017.

However, in the annual report, Infosys did reveal the entire pay package that Parekh will be earning at the company for his services.

Parekh will receive the following plan in his salary:

Considering this, Parekh will get annual grant of performance-based RSUs of fair value of Rs 13 crore which will vest after completion of three years.

Interestingly, Parekh’s salary is lower than what Sikka used to receive at Infosys. In annual report FY17, it is being known that, Sikka got pay of Rs 16.01 crore during the fiscal.