Microsoft chief, India-born Satya Nadella visits the country today but will he receive the same reception? 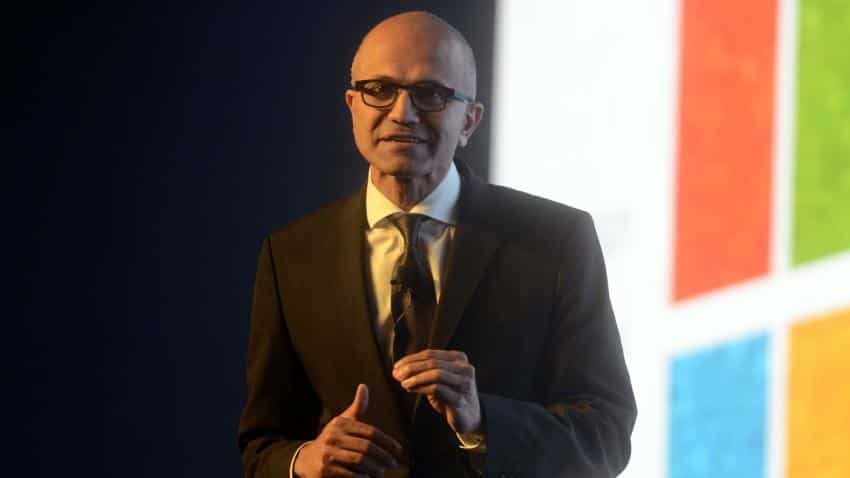 After Apple's Tim Cook, Microsoft's Satya Nadella to visit India on May 30

Apple hints at lowering iPhone prices. Is it enough?

From Facebook to Apple to Microsoft, all tech czars of the world are busy wooing India but the reception that the first-time visitor Apple’s Tim Cook got here earlier this month has been unparalleled. Microsoft chief, India-born Satya Nadella visits the country today but will he receive the same reception?

To begin with, Nadella had his share of Indian media frenzy when he became Microsoft’s chief executive a few years ago. Moreover, this isn’t even his first visit to India. He has been here on two occasions before.

But Nadella, even on his first visit, didn’t get the flashy Bollywood parties in his honour or a sweaty IPL match thrown in.

So what is in store for Nadella in India?

What is known until now is that he will be a keynote speaker at a Microsoft event titled “Tech for Good, Ideas for India”. Other speakers for the event include Jayant Sinha, Minister of State for Finance and Bhaskar Pramanik, Chairman of Microsoft India. Apart from this, Nadella will be meeting young entrepreneurs, developers, students and academicians.

The 47 year-old Microsoft chief will also be part of another session, this time with the country's top 100-150 CEOs which will be organised by the Confederation of Indian Industry (CII).

Cook during his four-day visit included a stop at Siddhivinayak Temple, an IPL match, rubbing shoulders with Bollywood A-listers and, the cherry on top, a meeting with Prime Minister Narendra Modi. Nadella, however, is not expected to get reception equal to that which Cook received in India. It is even unclear

Yes, the media did celebrate this Hyderabad-born techie who has risen to the top of one of the largest technology companies in the world but the celebration has ended there.

Steve Jobs of Apple and Bill Gates of Microsoft go back a long way together. Their humble beginnings are intertwined in more ways than one. But Microsoft, apart from its Windows platform that continue to power most personal computers across the world, remain a largely business-to-business company.

Apple, on the other hand, transitioned to a consumer company with its products like the iPod, the iPhone, iPad, and the iconic Macs.

While Microsoft continued to focus on the bottom-of the-pyramid, Apple chose to position itself as an aspirational brand. May be this is the reason why Apple commands nearly 90% of the profits of the smartphone market with less than one-fifth the sales?

Microsoft tried to enter the consumer space with its products like Zune—the music player, Surface tablet and even spending $7.2 billion to buy Nokia and enter the mobile phone business but has largely failed to taste success.

The company is now transitioning again towards being business-centric and therein lies the answers.

Nadella is celebrated in India, probably more than Cook, but for an entirely different reason.

Can Microsoft ever match up to Apple’s aspirational value? Hard to say.

But Nadella has achieved the extraordinary and a fair number of Indians do admire that and look up to him.

For now, he will have to settle with that.

After Apple's Tim Cook, Microsoft's Satya Nadella to visit India on May 30

Apple hints at lowering iPhone prices. Is it enough?