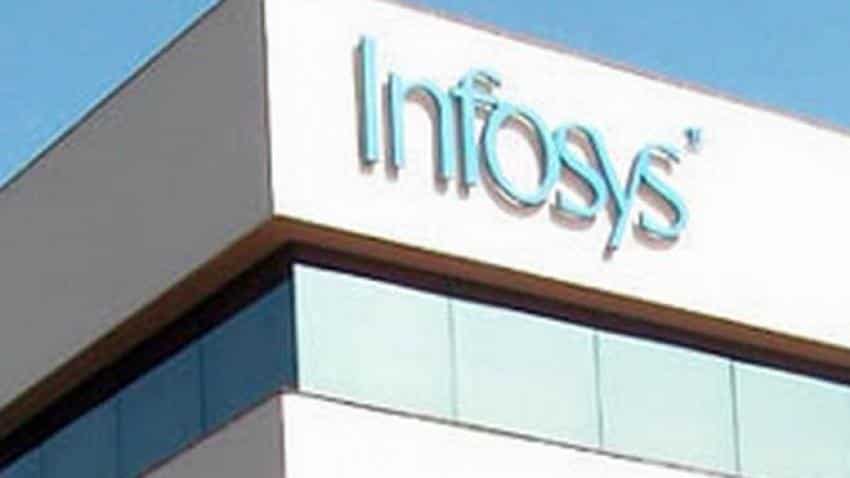 Pravin Rao said that similar to last year, at Infosys, there will be much more focus on differentiation based on performance and contribution. Image source: PTI
Written By: ZeeBiz WebTeam
RELATED NEWS

Infosys, country's second largest software services firm, on Friday reported 28.2 per cent fall in net profit at Rs 3,690 crore in the quarter ended on March 31, 2018 on consolidated basis. It stated that there will be much more focus on differentiation based on performance and contribution. Infosys also announced it has cleared pay hikes for its employees. The tech major said that it has rolled out salary hikes ranging from "mid-single digit to high-single digit" for a majority of its employees. The salary hike would be effective from April onwards. Infosys COO Pravin Rao said, "We are also pleased to announce compensation revision for 85 per cent of our employees starting April. For rest of the employees, primarily middle management and senior management, it will be effective July 1. This is for both onsite and offshore." Infosys is now led by new CEO Salil Parekh after the exit of Vishal Sikka.

Further, Rao said that similar to last year, at Infosys, there will be much more focus on differentiation based on performance and contribution, adding "Majority of employees in India will get raises from mid-single digit to high-single digit." Rao reportedly said Infosys attrition rate for the March quarter had increased to 16.6 per cent in comparison to the previous quarter of 15.8 per cent. It may be noted that Infosys had a total headcount of 2,04,107 people at the end of March 31, 2018. The gross addition stood at 12,329 people, while the net addition was at 2,416. The Board has appointed Kiran Mazumdar-Shaw, Independent Director, as the Lead Independent Director of the Board.

The Software services major also stated that it has entered into an agreement to acquire a US-based digital creative and consumer insights agency WongDoody for $75 million. Wongdoody is likely to brings to Infosys globally recognized creative talent and deep marketing and brand engagement expertise. The creative agency with studios in Seattle and Los Angeles, is known for its capabilities to create multi-platform content that marries data and analytics with creative expertise to drive compelling, sharable content.