The case of Jet Airways is not new to the aviation industry, a similar fate was witnessed by another private carrier SpiceJet back in December 2014. 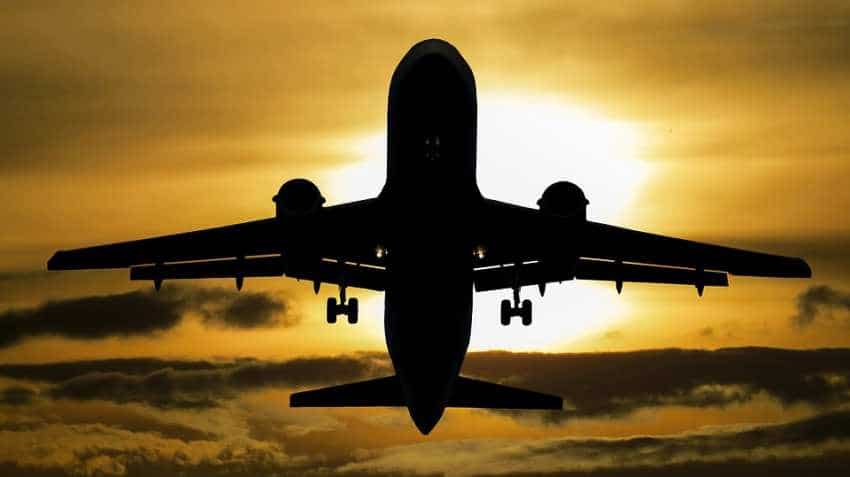 A consortium of lenders led by SBI is looking for suitable bidders for investment in the airline. Photo: Pixabay

It's been over 13 days since the planes of cash-strapped Jet Airways were grounded and operations were temporarily shut. A consortium of lenders led by SBI is looking for suitable bidders for investment in the airline. The case of Jet Airways is not new to the aviation industry, a similar fate was witnessed by another private carrier SpiceJet back in December 2014. But what experts fear for Jet Airways is a similar scenario post revival. In those days, SpiceJet had to temporarily ground and reduced its fleet to 30 post revival from 58 in FY14, post which it took three years to arrive at 58 despite crude of <USD 60/bbl, at a ~20% demand CAGR and consistent +90% passenger load factor (PLF). Such reviving fate is seen to work well for other airlines such as Indigo who is already a market leader in the industry, followed by even SpiceJet. Other airlines like GoAir, Vistara and AirAsia will also have their share of benefit from Jet’s woes.

After meeting aviation experts, analysts at Elara Capital concluded that Jet Airways’ (JETIN IN) financial crisis and subsequent fleet grounding would make it difficult for a potential acquirer to ramp up operations; this raises the possibility JETIN would either permanently shut down or reduce to <30 domestic fleets from ~80 previously.

Here’s how Jet Airways rivals will benefit from the airline’s insufficient fleet availability, as per Elara.

The analysis shows domestic carriers would potentially add ~150 aircraft during FY20E - SJET by 45-50, INDIGO by ~50, GoAir by 10- 15, Air India by ~25, and Vistara & AirAsia by 15. However, net fleet addition would be ~40 aircraft on grounding of JETIN fleets, SJET Boeing 737Max grounding and deployment of ~10 aircraft on international operations.

Gagan Dixit and Rachael Alva analysts at Elara Capital said, “If we were to assume 10% domestic demand growth, net fleet addition requirement would be ~50 for domestic operations, which implies supply would lag demand and result in higher PLF and subsequent higher margin at INR 0.40/seat-km.”

Who will win most from Jet Airways crisis?

According to Elara, given SJET and JETIN fly similar Boeing-737 narrow-body aircraft for domestic operations, SJET could acquire most of JETIN’s 79 grounded Boeing-737 (excluding 737-Max) on an operating lease even on lower rentals, as lessors would save ~two months of non-utilization instead if they lease to carriers outside India.  SJET would need merely a week for JETIN’s pilots training instead of around six months by other carriers using Airbus A320 (INDIGO, GoAir, Vistara & AirAsia). We expect SJET would potentially gain around a 5% market share in FY20E.