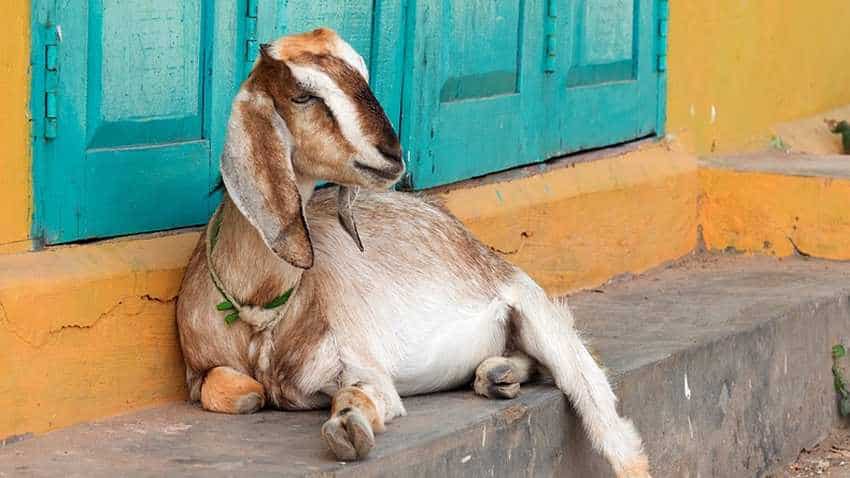 The protests started at Talcher coalfields as the locals were demanding Rs 60,000 as compensation for the death of the goat that was killed in an accident. (Representative Image, Source - Pixabay)
Written By: ZeeBiz WebTeam
Edited By: Harish Dugh
RELATED NEWS

A goat's death has caused a massive loss of Rs 2.68 crore to a coal company in Odisha. The Mahanadi Coalfields Ltd (MCL) said it suffered a loss of Rs 2.68 crore due to agitation over the death of a goat. The protests started at Talcher coalfields as the locals were demanding Rs 60,000 as compensation for the death of the goat that was killed in an accident with a coal transportation tipper, the MCL said in a statement. On Monday, some residents of the neighbouring village halted coal transportation and dispatch work at Jaganath Sidings number 1 and 2 at Talcher coalfields from 11 am.

The work was stopped for almost three and a half hours and resumed only at around 2:30 pm after the intervention of senior officials and the police. The statement said that this three-and-half-hour illegal stoppage of work caused an estimated loss of Rs 1.4 crore on account of coal transportation to the sidings and Rs 1.28 crore on account of dispatch through the Railways.

Besides the estimated loss of Rs 2.68 crore, the government exchequer also suffered a loss of Rs 46 lakh due to this stoppage of work, it said. A complaint has been filed by the company against those responsible for the illegal obstruction of work. An FIR over the same has been filed. Such illegal obstructions to coal mining operations not only act against the economic growth of the nation but also create hurdles to the country's aspiration of becoming a five trillion dollar economy, an MCL spokesperson said in the statement.

The statement added that coal mines are restricted working zones and only people who are authorised, trained and have the know-how of the mines are allowed to enter to perform their job while general movement is totally prohibited. It said that some people from nearby areas are deliberately trespassing into the coal mine and the overburden areas to pick coal, firewood and are even bringing their livestock for grazing, which remains a cause of concern.