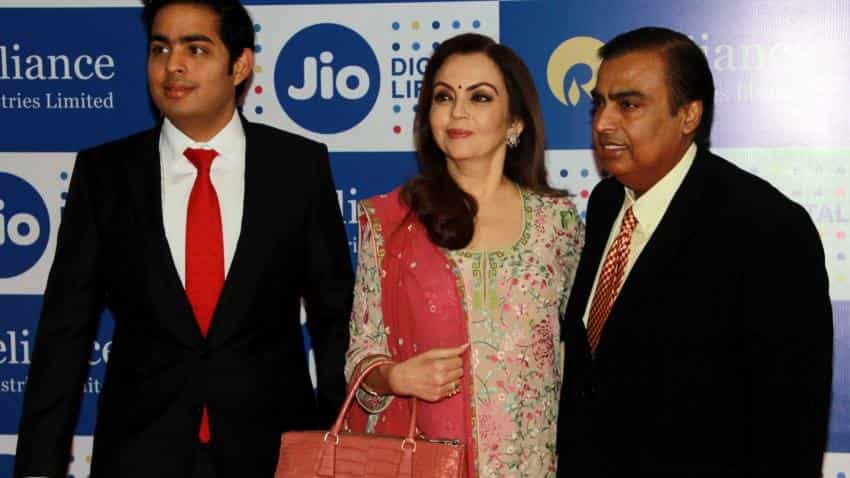 New comer, Reliance Jio said that it was ‘well positioned to garner more than 50% market revenue share’ in India, in an investor presentation by Reliance Industries Ltd in a BSE filing.

Jio said that it anticipated upwards of 50% earnings before income tax deduction and amortisation (EBITDA) margins on gross revenue as it possessed ‘strong economics,’ like – ‘superior spectral efficiency, no legacy systems, lowest capex per unit capacity and lowest operating cost per GB.’

The company that entered the telecom sector in September 2016 offered free 4GB data to its users and garnered 100 million customers with its freebies by February.

RJio will finally start charging its customers from 1 April onwards with introducing a new scheme like Jio Prime that offered its members more than one third data benefits as opposed to non-Prime members.

Reliance further said that the mobile market will expand to Rs 3 lakh crore primarily from data revenues adding, ‘Average revenue per user will grow because of shift from voice to data – revenue market share will be driven by data capacity share.’

“Bulk of network is already built – can support more than 60% of forecasted 2020-21 India data demand,” the company said.

The company added, ‘Market expanded six times with the introduction of Jio in less than 6 months,’ stating that from a predominantly 20 crore GB consumption per month market it transformed it into a 100 crore GB per month market.

Reliance said that ‘customers have the ability to pay,’ adding that, “400 million subscribers can afford to spend Rs 500 and above on digital services.”

The overall industry revenue will grow to Rs 3 lakh crore by 2020-21, Reliance said as leading global consultants have forecasted demand for data at 500 -600 crore GB per month.