WATCH: These Samsung ads had most views on Youtube in 2017

People in India were watching these ads the most on Youtube. 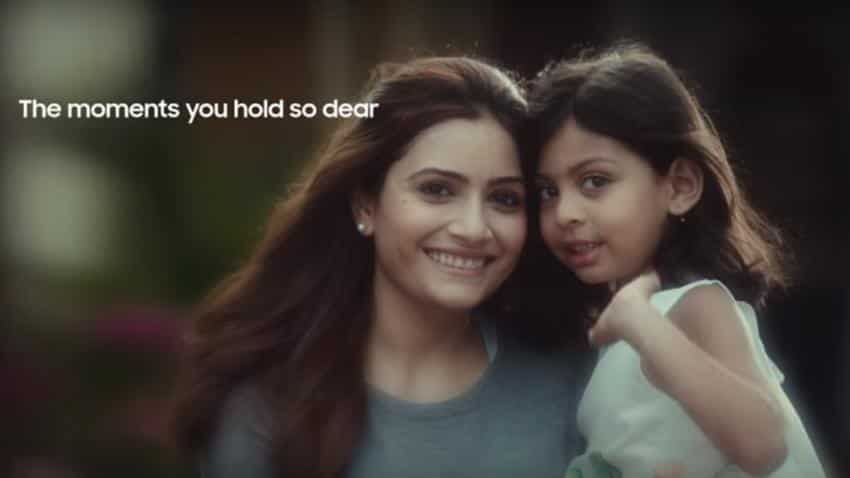 Multinational electronics conglomerate, Samsung received the most number of views on its advertising landscape last year on Youtube.

Samsung India on 23 June, 2017 pledged its support to the Ministry of Road Transport and Highways' drive to reduce road accidents, especially those that happen due to an irresponsible use of mobile phones, including taking selfies on the road.

"A nationwide campaign 'Safe India' to sensitise people about responsible use of mobile phones while on the road was unveiled. This is the first of several initiatives that Samsung India will launch to educate people as part of the 'Safe India' campaign," the report added.

A second campaign by the company revolved around educating the girl child. 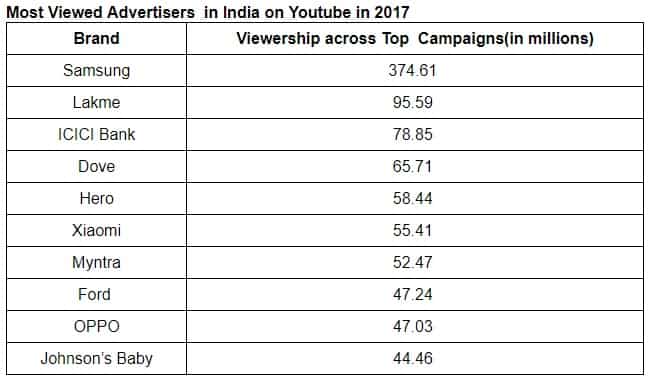 Among technology advertisers, here’s who was in the lead.

State Bank of India (SBI) was the only most view public sector advertiser. Another trend that was revealed in the report was Myntra piped Amazon as India’s leading fashion advertiser on Youtube.

“With a user base of over 400 million in India, Youtube is the biggest platform for video content. Everyday across Youtube, Vidooly tracks data from over 500 million videos globally. In order to prepare the report, Vidooly tracked anonymous viewership habits of 400 million plus viewers between the ages of 18 - 65 on Youtube in 2017. Vidooly also tracked the top 40 most viewed and advertised brands in India across the categories of FMCG, Telecom, Consumer technology, Banking, Auto and more,” the report added.

The report was launched at India’s video convention, Vdonxt Asia by Vidooly and Siddharth Banerjee, EVP Marketing at Vodafone India.

“Digital video has now become a key marketing channel for advertisers and brands. Earlier traditional and legacy brands used to easily overpower smaller brands with their marketing spends. However, with digital video we have noticed that even smaller brands can outpace larger brands if the content is engaging. We foresee that in the next 3 years, digital video spending globally will overtake television ad spending as more and more people resort to cord cutting and switch to online video platforms,” Subrat Kar, CEO and co-founder of Vidooly said.