Now Vodafone has launched a new plan offering 70GB data. Zeebiz tells you all about it. 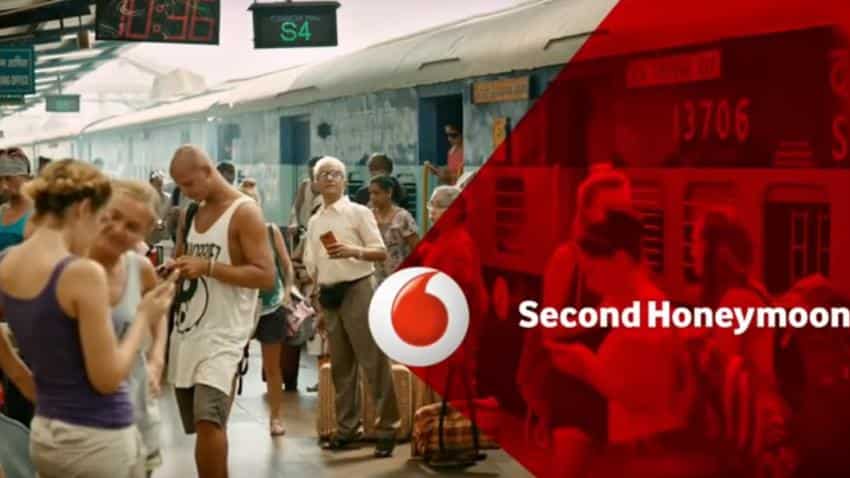 The offer will give customers 1GB of 3G/4G internet per day along with unlimited voice Vodafone to Vodafone calls for a period of 70 days. Image Source: Vodafone ad/ Youtube
Written By: ZeeBiz WebTeam
RELATED NEWS

The offer will give customers 1GB of 3G/4G internet per day along with unlimited voice Vodafone to Vodafone calls for a period of 70 days, a report by TelecomTalk said on Monday.

Vodafone has launched this offer only for first time rechargers. Post the second recharge the validity of the plans will decrease to 35 days with the same amount, the report said.

Another recharge plans of Rs 346 has been launched by Vodafone which offered customers 1GB data per day, and unlimited voice calls to any network for 56 days.

Jio’s earlier Dhan Dhana Dhan offer followed a similar pattern of giving customers discounted data packs on the first recharge and then decreasing the days of validity on the plans in subsequent recharges.

Airtel and Idea Cellular also came up with similar plans for first time rechargers on their network earlier in July.

Bharti Airtel announced 84GB data at 4G speed for Rs 293 and Rs 499 for those opting for unlimited local and STD calls to all numbers in addition to free data offered in the latter plan.

Idea a new prepaid pack of 84GB bundled data along with free calls for Rs 453.

CCI on Monday, approved the mega merger proposal by Vodafone India and Idea Cellular. The merged entity will have a total subscriber base of nearly 41 crore, as per TRAI data as on July 13.