According to an Emkay report, adjusted Gross Revenue (including NLD revenue) for the industry declined by 7.3% qoq (15.2% yoy) to Rs 318 billion for Q4FY18. 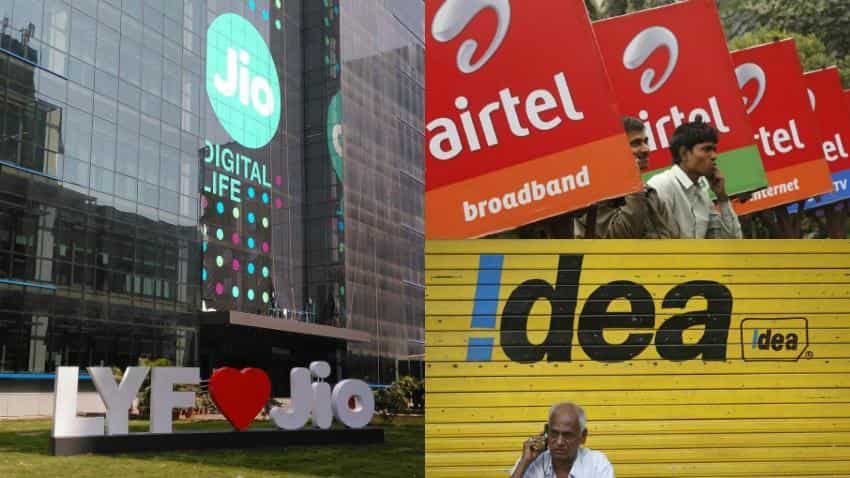 Telecom sector continued to witness disappointing quarter even at the end of fiscal FY18, with incumbent operators like Bharti Airtel, Idea Cellular and Vodafone recording declines in revenue due to Mukesh Ambani-led Reliance Jio's offers of heavy data, unlimited calls and cheap recharge packs. According to an Emkay report, adjusted Gross Revenue (including NLD revenue) for the industry declined by 7.3% qoq (15.2% yoy) to Rs 318 billion for Q4FY18. In FY18 industry revenue declined by 16%, with the top 3 operators losing 21% (on combined revenues). Such outcome was due to RJio as per the report, who managed to gain revenue market share (RMS) of 19.8% for Q4FY18 and 11.4% for FY18.

Naval Seth, Research Analysts at Emkay said, “Competition from JIO is expected to continue, as the race for subscribers and revenue market share is not going to end soon. Revenue for the incumbents would continue to remain under pressure amid renewed pricing aggression by JIO in the post-paid segment.”

Seth added, “In our view, Idea and Vodafone are more vulnerable to market share loss to JIO during their merger transition.”
So, the chances of Vodafone, Idea users being affected by the change in the situation is high and they may well vote for  change.
Here’s how top five telecom operators performed during Q4FY18, as per Emkay report.

JIO is number 1 operator in 5 circles and No. 2 in 13 circles; these circles account for 13% and 62% of industry revenue, respectively.

AGR from the top 7 circles grew by 16% yoy and contributed 47% to total revenue.

Revenue from the top 7 circles declined by 8% qoq and contributed 63% to total revenue. Airtel reported drop in revenue in 17 circles.

All the circles (except NE and Odisha) registered a sequential decline. Top 7 circles (contributing 73% to AGR) registered a decline of 14% qoq (34% yoy).