Vistra ITCL, an independent corporate trustee, has invoked shares amounting to 6.61 per cent stake in Future Retail Ltd (FRL), according to a regulatory filing by the company 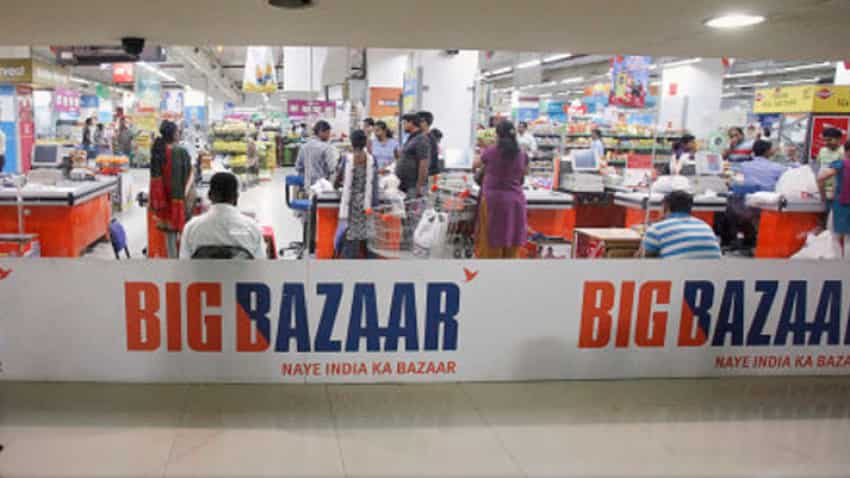 A total of 6,52,32,692 shares of Future Retail Ltd aggregating to 12.03 per cent stake were pledged with Vistra, it added. Source: Reuters
Written By: PTI
Edited By: ZeeBiz WebTeam
RELATED NEWS

Vistra ITCL, an independent corporate trustee, has invoked shares amounting to 6.61 per cent stake in Future Retail Ltd (FRL), according to a regulatory filing by the company. As many as 3,58,15,889 equity shares of Future Retail pledged with Vistra have been invoked on September 10 and November 24 in capacity as a debenture trustee in order to secure the debentures issued by Future Capital Investment Pvt Ltd and Future Corporate Resources Ltd, Vistra ITCL said in a letter to BSE.

The invocation of shares comes at a time when Future Retail is locked in a legal battle with e-commerce giant Amazon, which received a favourable interim order from the Singapore International Arbitration Centre (SIAC) last month against the Kishore Biyani-led firm's Rs 24,713 crore deal with Reliance Retail.

The arbitrator had barred FRL from taking any step to dispose of or encumber its assets or issuing any securities to secure any funding from a restricted party.

In August, billionaire Mukesh Ambani's Reliance Industries announced the acquisition of Future Group for Rs 24,713 crore to bolster its fast-growing retail business. Through the deal, Reliance was to acquire Future Retail, which owns BigBazaar that sells everything from groceries to cosmetics and apparel, and Future Lifestyle Fashions Ltd that operates fashion discount chain Brand Factory.

Last year, Amazon bought 49 per cent in one of Biyani-led Future Group's unlisted firms -- Future Coupons Ltd (FCL) -- with the right to buy into the listed flagship FRL after a few years, if the government were to undo its bar on foreign ownership of multi-brand retailers.

Amazon claimed that the Future group-Reliance deal is in breach of the agreement.