Vistara will start daily direct flight between Delhi and Indore from  October 26, 2019. This will be Tata Sons-backed airline's 30th destination in the country. 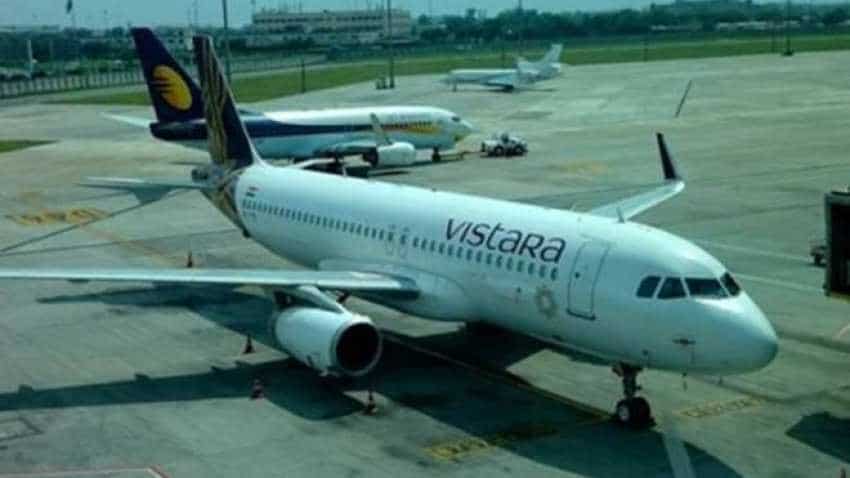 Vistara will start daily direct flight between Delhi and Indore from  October 26, 2019. This will be Tata Sons-backed airline's 30th destination in the country.  The one-way all-inclusive ticket fare on the Delhi-Indore route starts from Rs 3,399.  The passengers can book tickets through various channels. The customers can either visit to the airline's official website airvistara.com and book a ticket, or through its iOS and Android mobile apps; and Online Travel Agencies (OTAs) and travel agents.

Vistara earlier announced the addition of Jodhpur and Udaipur to its network for the winter schedule. The airline will start flying to the two new destinations from next month, marking its entry in Rajasthan and taking the count of Vistara destinations to 29. Vistara will operate daily direct flights between Mumbai and Udaipur from October 4, 2019. And, from October 29, the airline will further expand with daily direct flights between Delhi and Udaipur, Delhi and Jodhpur, as well as Mumbai and Jodhpur. Introductory, all-inclusive, one-way Economy fares start from Rs 4,099  for the Delhi-Jodhpur route,  while Rs 4,399 for Delhi-Udaipur route. On Mumbai-Udaipur route fare is Rs 4,599  and on Mumbai-Jodhpur route it is Rs 6,499.