United Technologies Corp is nearing a deal to merge its aerospace business with U.S. defence contractor Raytheon Co and form a new company worth well over $100 billion, a person familiar with the matter said on Saturday. 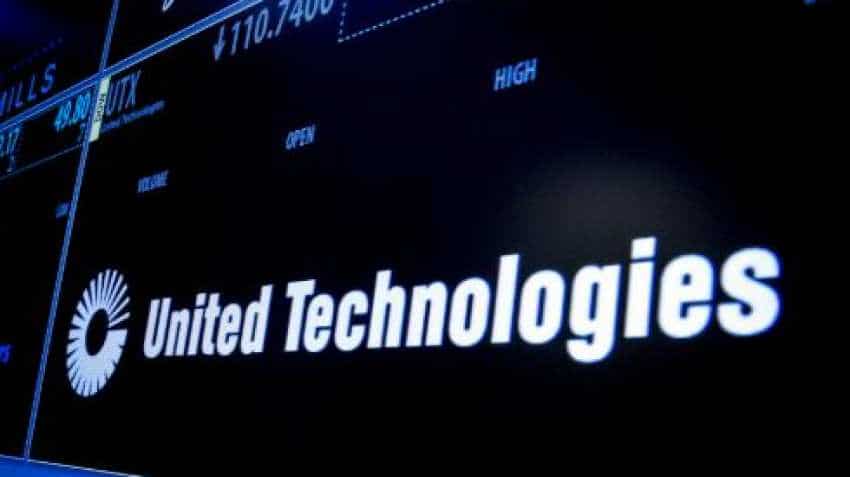 United Technologies Corp is nearing a deal to merge its aerospace business with U.S. defence contractor Raytheon Co and form a new company worth well over $100 billion. Reuters

United Technologies Corp is nearing a deal to merge its aerospace business with U.S. defence contractor Raytheon Co and form a new company worth well over $100 billion, a person familiar with the matter said on Saturday. United Technologies and Raytheon are seeking to pool resources through what would be the biggest merger in the aerospace and defense sectors.  United Technologies provides primarily commercial plane makers with equipment such as electronics and communications equipment, whereas Raytheon is a vendor mainly to the U.S. government for equipment in military aircraft and missiles.

The deal would be structured as an all-stock merger of equals because United Technologies would separately spin off its Carrier air conditioning business and Otis elevator division, as it has previously announced it would do, the source said. If the negotiations between United Technologies and Raytheon are completed successfully, a deal could be announced as early as Monday, the source added, asking not to be identified because the matter is confidential.

United Technologies declined to comment, while Raytheon did not immediately respond to a request for comment. United Technologies has a market capitalization of $114 billion, but without Carrier and Otis, its value could be less than $60 billion, bringing it closer to Raytheon`s market capitalization of $52 billion. The Wall Street Journal first reported on the potential deal, stating that United Technologies Chief Executive Greg Hayes is expected to lead the newly created company, while Raytheon CEO Thomas Kennedy would be chairman.

Raytheon, maker of the Tomahawk and the Patriot missile systems, and other U.S. military contractors are expected to benefit from strong global demand for fighter jets and munitions as well as higher U.S. defense spending in fiscal 2020, a lot of it driven by U.S. President Donald Trump`s administration. However, Pentagon spending is projected to slow down after an initial boost under Trump. A deal with United Technologies would allow Raytheon to expand into commercial aviation, which does not rely on government spending like the defense sector.

Conversely, United Technologies could benefit from reducing its exposure to commercial aerospace clients amid concerns over the rise of protectionism in international trade. The International Air Transport Association, which represents about 290 carriers accounting for more than 80% of global air traffic, cited these concerns earlier this month, when it said that the industry is expected to post a $28 billion profit in 2019, down from a December forecast of $35.5 billion.

United Technologies has said it is on track to separate Carrier and Otis in the first half of 2020, leaving the company focused on its aerospace business through its $23 billion acquisition of Rockwell Collins, which was completed in 2018, and the Pratt & Whitney engines business. Chinese authorities scrutinized United Technologies` Rockwell Collins acquisition heavily, given its footprint in that country`s market. This resulted in the deal closing in November 2018, as opposed to the third quarter of that year, which the companies initially targeted.

Trade tensions between the United States and China were blamed at least partly by analysts for that delay, and it is not clear whether the deteriorating relations between the world`s two largest economies could also weigh on the Raytheon deal. United Technologies and Raytheon appear to have little overlap in their businesses, an argument the companies could make once U.S. antitrust regulators start scrutinizing their merger.

However, major commercial aerospace companies, such as Boeing Co and Airbus SE, as well as the U.S. Department of Defense, have been known to use their significant purchasing power to seek concessions from their suppliers. The deal with Raytheon could put pressure on General Electric Co, which also competes with United Technologies for commercial aerospace clients, to seek scale. It could also push other defense contractors, such as Lockheed Martin Corp, to explore expanding their commercial businesses.

Last year, military communication equipment providers Harris Corp and L3 Technologies Inc announced an all-stock merger that, once completed this summer, will create the sixth-largest U.S. defense contractor. United Technologies was previously a bigger player in the defense sector. But in 2015, it agreed to sell Sikorsky, the maker of military helicopter Black Hawk, to Lockheed Martin for $9 billion.