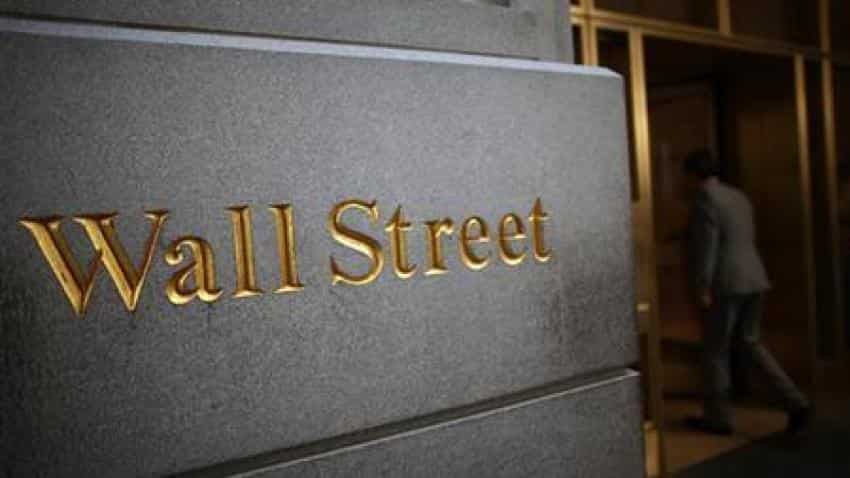 Seven of the 11 major S&P sectors were higher, led by a 1.04 percent gain in the industrial index SPLRCI. Image source: Reuters

Gains in technology shares powered Wall Street`s main indexes on Wednesday ahead of minutes of the Federal Reserve`s most recent policy meeting.

The Fed left rates unchanged at the January meeting, but investors will look for its opinion on inflation and interest rates, especially after strong economic data raised concerns of an overheating economy and triggered the recent selloff.

"The Fed minutes and the lead up to the March meeting could push that fourth rate hike into play as we find more about inflationary data and how the Fed is looking into that."

Facebook , Apple , Amazon , Netflix and Alphabet powered the S&P and the Nasdaq.

"People are finding it more difficult to own dividend stocks because they are getting beaten up. If things are going to be okay, it`s going to be driven by companies that are able to grow and take advantage of the growth in the economy," said Jason Browne, chief investment officer at FundX Investment Group in San Francisco.

Seven of the 11 major S&P sectors were higher, led by a 1.04 percent gain in the industrial index SPLRCI.

The real estate <.SPLRCR> sector fell the most with a 0.72 percent decline after data showed U.S. home sales unexpectedly fell in January.

Qualcomm fell 1.05 percent after Broadcom lowered its takeover offer for the chipmaker. The revised offer comes in the wake of Qualcomm`s sweetened bid for NXP Semiconductors .

The 10-year U.S. Treasury bond yields , the benchmark for global borrowing costs, were slightly below the four-year peak at 2.8987 percent.

The CBOE Volatility index <.VIX>, a gauge of near-term stock market volatility, eased to a session low of 17.97 and below Friday`s close of 19.46.

A jump in these two gauges to multi-year highs were at the center of the selloff in equities earlier in the month.