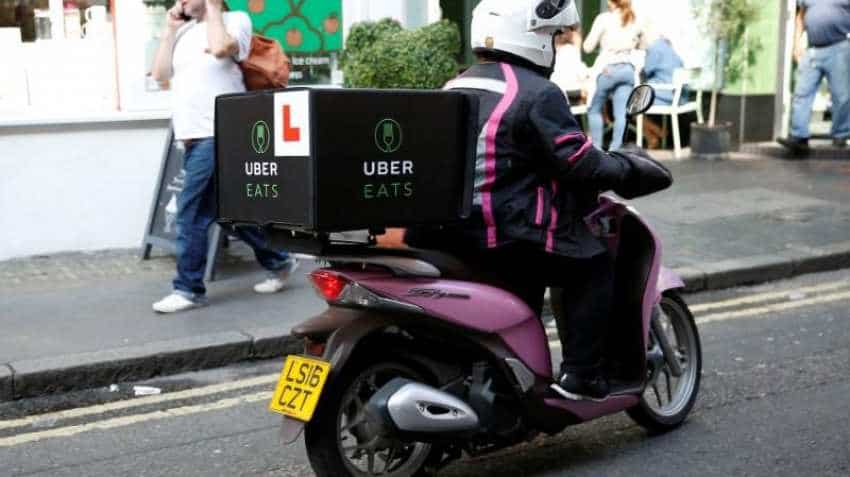 Uber Eats started in 2014 as a small delivery pilot in Los Angeles and was launched as a separate application in Toronto in December 2015. Image source: Reuters

"Alia is an inspiration to Indian millennials and we are thrilled to have her on board. The youth today relates to her easy-going, carefree and energetic personality.

"She is known for her unique style and agility as an actor - the same qualities are an integral part of the Uber Eats DNA; thus making her the perfect fit to represent our brand in India," Uber Eats India and South Asia Head Bhavik Rathod said.

Uber Eats was launched in India in May 2017. The food delivery service is available across 37 cities compared to 31 cities where the American company operates its rides business.

Uber Eats started in 2014 as a small delivery pilot in Los Angeles and was launched as a separate application in Toronto in December 2015. It is now available as a stand-alone app in over 350 cities globally.

The US-based company has been aggressively investing in its Uber Eats business globally.

Earlier this month, Uber said gross bookings from Uber Eats grew more than 150 per cent in September quarter to USD 2.1 billion (excluding Southeast Asia and Russia) over the year-ago period.

Hi-tech living! BookMyBai to UberEats, 4 apps that can help you automate daily needs

Swiggy, Zomato, Uber Eats and Foodpanda row: This is what has happened now